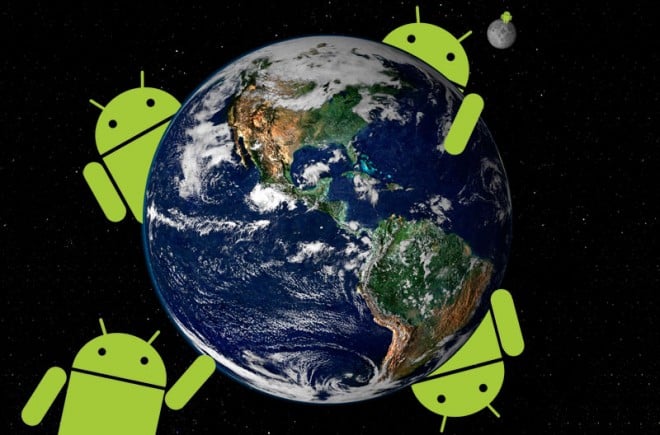 A new report from comScore said that Google’s Android operating system is gaining market share like crazy and this could be bad news for Apple, Microsoft and Research In Motion.

The comScore report said that there were 53.4 million people in the United States with smartphones in the second quarter, which was an 11% increase from the previous quarter. During this time, RIM BlackBerry was in the lead with 39.3%, Apple iPhone was in second with 23.8%, Google Android captured 17%, while Microsoft’s dying Windows Mobile had 11.8%.

What’s really interesting is that the Android OS grew 5% from the previous quarter in terms of market share, while every other platform decreased. To be clear, the iPhone and BlackBerry lost market share but did gain subscribers due to the overall growth of the smartphone field.

Android was buoyed by hot releases like the EVO 4G and besides the iPhone 4, every single major superphone release this summer was powered by Google’s mobile platform. Android will also power a variety of drool-worthy handsets and tablets over the next few months, so don’t look for its momentum to slow down any time soon.

Apple’s strategy has never really been about market share, as it is printing money with its iPhone, iPad and iPod touch strategy. Apple would still be strong if it stayed exclusive to AT&T and just incrementally improved its products each year – look for your iPad to soon pack a camera.

A lot of enterprises still use Microsoft’s Windows Mobile software but the company is placing all of its eggs in the upcoming Windows Phone 7 basket. I’m excited about this platform but it will be tough for a 1.0 OS to compete against mature smartphone competitors.

As for RIM, the company’s BlackBerry Torch hasn’t sold as well as the company had hoped but RIM is still firmly entrenched in the enterprise space. Its BBM platform is also taking off with mainstream customers, so the company has some decent building blocks.

The Microsoft Windows Phone 7 platform is just a few weeks away and the company is definitely jazzed about it...