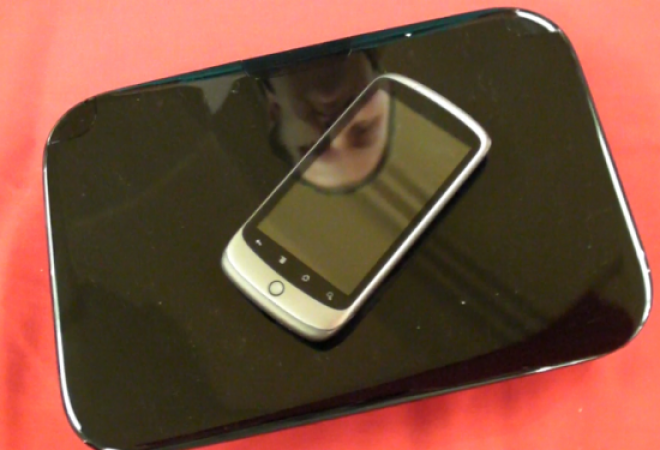 Google TV is coming, whether you think it’s needless or not, and it’s coming sooner than we though … like, “this month” soon. The Logitech Revue, the first Google TV set-top box is said to launch on September 29th with a steep price tag of $300.

While some may say that Google TV is just WebTV 2.0, it’s much more powerful than that. That said, those interested in Google TV for the Android aspect will have to wait longer to reap any benefits. The Android Market won’t be available on Google TV until next year, and only then will it likely be upgraded to something past Android 2.1.

As for the pricing? Give us a break. While we weren’t actually terribly surprised at its price point, we were hoping that Logitech would at least attempt to compete with Apple TV. Apple TV is not as feature-packed as the Android alternative, but who’s to say that it won’t carry the App Store later on at some point?

We’re hearing that Dish Network, one of the biggest backers of Google TV may offer the Logitech Revue  box for $179 per household. It makes sense that Google would partner up with a television provider, but who has Dish Network? In order to get the most out of the service, you need Dish Network, but we’re seriously doubting the majority of people will switch just for Google’s TV service.

The Logitech Revue doesn’t help, as it’s yet another box to put on your entertainment stand. In its defense, the box is rather small and has very little setup, so it should really be the least of your worries when it comes to extra hardware.

If you’re still not sure if you want Google TV, or another box for that matter, wait it out. Google’s service will be built into TVs and Blu-ray players going forward and that may make it easier to pull the trigger.