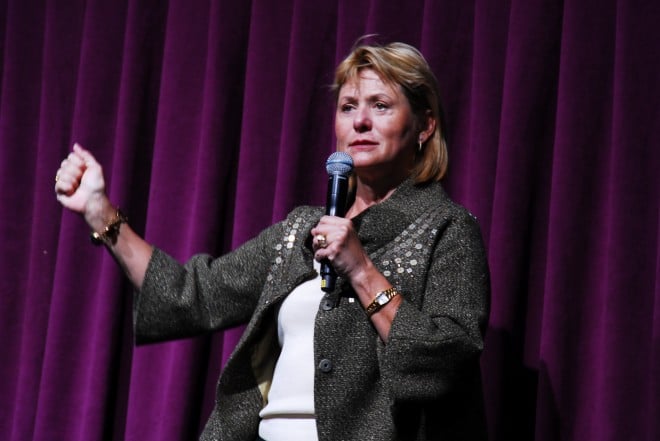 Yahoo CEO Carol Bartz is known for saying some bold things and she’s not above slinging some mud at her competitors. The sometimes bawdy Bartz said that the Apple iAd platform won’t be a success due to the iPhone maker’s need for control.

“That’s going to fall apart for them,” Bartz said in an interview with Reuters. “Advertisers are not going to have that type of control over them. Apple wants total control over those ads.”

Apple iAd was introduced with the iOS 4.0 version of the iPhone software and it was aimed at giving developers a way to better monetize their apps. Instead of just banner ads within the apps, Apple iAd is part of the OS and this enables the ads to have the same capabilities as the apps itself – this includes videos, accelerometer and more. The goal is to get more engaging ads that cause more user engagement.

The early results of the Apple iAd platform have been mixed. The platform has only been used by a handful of carefully chosen advertisers – although its rolling out to more – and companies like Nissan have had success. Chanel said it was dropping its plans for an Apple iAd campaign and the rumors suggest this was because Apple wanted too much control over the creative process.

Yahoo CEO Carol Bartz is talking the trash because she knows that mobile advertising will be an extremely important market for her company in the future. This nascent market is still not as lucrative as the online advertising business but most expect it to grow by leaps and bounds as more and more users sport smartphones.

Yahoo has been preparing itself for a mobile-centric future and it has overhauled its business according. Under CEO Carol Bartz, the company now builds every new product with mobile in mind.

Slacker Radio, a web-based and mobile music streaming service, has just introduced a new subscription tier for on-demand music. What...