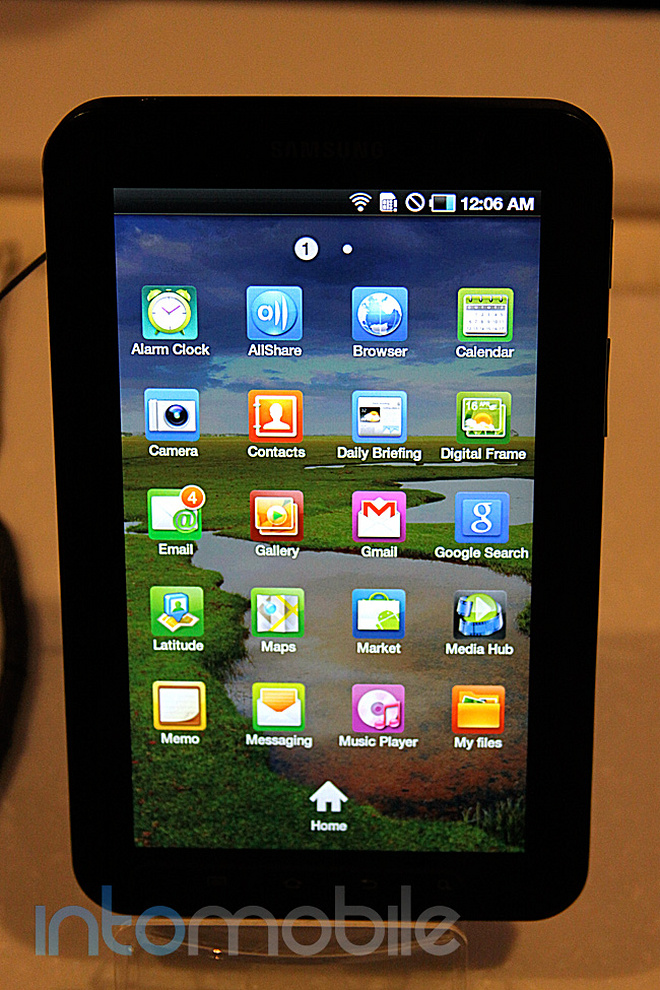 Last night, Samsung made the Galaxy Tab official and told us that it would be available from all four major carriers in the U.S. The 7-inch display tablet computer features Android 2.2, or Froyo, and has a custom UI made by Samsung, which makes the experience feel pretty similar to that of the Samsung Galaxy S smartphones. Compared to the iPad, it’s a bit smaller and noticeably lighter, making it much more portable and easier to hold and carry around.

So here’s the question: if you haven’t purchased a tablet computer yet, and are deciding between the Apple iPad and Samsung Galaxy Tab, which one will you choose?

The iPad is one gorgeous piece of hardware and has access to over 25,000 apps made just for the Apple tablet. It also supports lots of accessories, like a physical keyboard, to expand what you can do with the device. It comes in 3G + Wi-Fi or Wi-Fi only models, both in three different version capacity variants. When iOS 4.2 hits, multitasking and wireless printing will become available and make the device so much sexier. The iPad also has ridiculously long battery life.

However, there are some downsides to consider. If you’re always on the go and you need or want a 3G model, you’re tied to AT&T, and that can be good or bad depending on your coverage and just how much you want to use the device. You’re capped at 2GB of data for $25 per month.

The iPad can also get a little heavy and cumbersome for some users, and finding the optimal way to hold it while sitting down or lying in bed tends to get frustrating now and then. 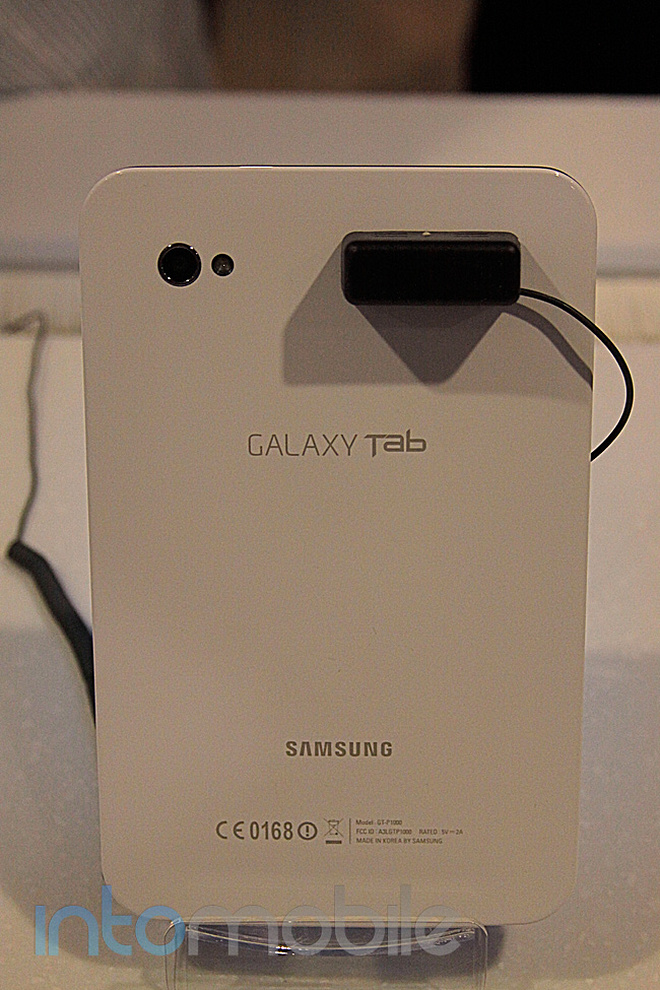 Samsung’s new Galaxy Tab runs the more “open” — however you want to define that at this point — Android 2.2, or Froyo. And while Froyo is admittedly not optimized for tablet use, it seems to run well enough on the 7-inch tablet computer. The UI found on the Galaxy Tab won’t be foreign to those accustomed to TouchWiz on the Galaxy S smartphones, and it makes Android a little cleaner in terms of organizing screens and apps. Unlike other Android tablets, the Galaxy Tab supports the Android Market.

It’s also small and lightweight; it feels like the Amazon Kindle or Barnes & Noble Nook in the hand and it’s not as heavy as the iPad.

The Galaxy Tab has a front-facing camera, sorely missing on the iPad, which allows video chatting through Qik or Fring.

On the other side of the coin, the Android Market doesn’t have too many apps that play so nicely with the tablet form factor. Sure, using the apps that currently exist on a 1024 x 600 resolution, 7-inch display isn’t going to be so bad – it’s a smaller jump from the 4.3-inch smartphones we’re seeing versus 10-inches. But app selection might still be a deal breaker for some.

While it’s great that the Galaxy Tab will be available, and presumably subsidized, by all four carriers, that also means contracts. If you’re wanting a Galaxy Tab with 3G, you’ll also be tied to the carrier you choose. With a contract, that could drive the total cost of ownership of the Samsung tablet to two or three times more than the iPad. At the very least, the iPad lets you pay for data on the months when you think you’ll need it most, but because details are scant, we don’t know that the option will be the same for the Tab. Probably not, if the device is subsidized.

Since the Galaxy Tab is available on all the carriers, you’d think that a few of the variants would take advantage of some of the unique things that some carriers have to offer, like 4G or Wimax for Sprint and HSPA+ for T-Mobile. Nope.

So, do you want the heavier-but-sexier iPad, which comes with Apple’s vast selection of iPad-specific apps, closed ecosystem and potentially lesser cost? Or would you prefer the smaller, lighter Samsung Galaxy Tab with an OS that doesn’t work so well for tablets, but works well enough in this case, along with support from any carrier you like? Let us know in the polls and feel free to fire off your thoughts in the comments.

The BlackBerry Curve 3G 9330 came out on Verizon yesterday, and like its GSM cousin, was announced with OS 6...