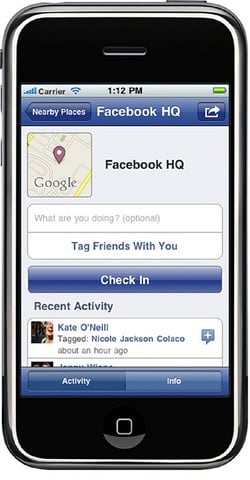 The drama behind the Facebook phone has yet to cease. First, TechCrunch reported that it was privy to details regarding the social network’s intention of branding its own phone. Not long after the report was released, Facebook released a statement denying the fact that it was building a smartphone. However, CNet was apparently able to independently confirm that the social network is, indeed, working on a smartphone.

Facebook denied a story published this weekend that says the company is “building a mobile phone,” but CNET has confirmed that the social-networking giant has reached out to hardware manufacturers and carriers seeking input on a potential Facebook-branded phone.>

CNet also continues that when asked about a branded smartphone instead of one built solely by Facebook, the social network declined to comment. Of course, it was already made clear that network’s only statement regarding the matter would be the one made to Mashable.

The argument here seems to revolve around semantics. As I noted before, the spokesperson who issued the denial statement was careful to phrase it in a very vague and ambiguous manner. The focus revolved around the actual building of the phone, or the hardware itself. It’s already known that Facebook doesn’t manufacture any hardware, so this came as no surprise, and it was never the real assumption anyway.

What is being assumed by most bloggers and journalists is that the popular social network is going to be working on a branded smartphone – that is a phone manufactured by a third-party, but labeled a Facebook phone with Facebook software.

It wouldn’t be the first time we’ve seen this sort of thing in the smartphone industry. Leading up to its Nexus One event in January 2010, Google had been denying that it would build a smartphone. When the Google-branded Nexus One was announced, Andy Rubin faced the question from one of the attendees who asked, “I thought Google said it wasn’t building a smartphone?”

Is Mark Zuckerberg’s company being just as disingenuous and misleading as Google was? Only time will tell, but two reputable sources for technology news, TechCrunch (who originally predicted the Google phone) and Cnet, have both independently confirmed Facebook’s intention of doing a whole lot more in the mobile space than just making apps.

17 year old girl scores $33,000 after suing her school for searching her mobile phone

A 17 year old girl, who is going by the name "N.N." to protect her privacy, has just been awarded...