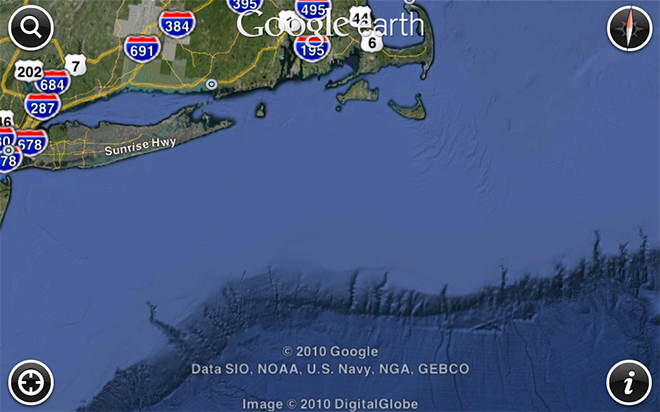 Good news for iOS owners as you can join your Android brethren in exploring the Earth’s ocean. Google announced that its latest Google Earth version for the iPhone, iPad, and iPod touch now includes the new ocean view. Similar to the Android version, the iOS version lets you explore what lies beneath the ocean including underwater canyons, mountain ranges, and trenches. Hundreds of contributed video and photos are available to enhance your experience of this underwater terrain.

Navigation in the ocean view is intuitive, swiping gestures let you look around and if you get too far off course, the north arrow on the compass resets your view. The iOS version is also optimized for the retina display of the iPhone 4 and the iPod touch 4th generation so you can see the living ocean with exceptional sharpness. Interested parties can snag the latest version of Google Earth available now in the app store for free.

iPhone users, cover your eyes. BlackBerry users, get ready to give each other some high fives. Spotted outside the Red...