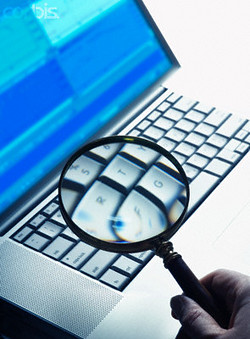 Remember that little bit of Apple corporate espionage we heard about last month? Where Apple supply manager Paul Shin Devine was arrested for money laundering, wire fraud and kickbacks when he was accused of selling iPhone and iPod trade secrets? Well, it looks like Devine is working on posting bail and getting out of jail until trial.

Paul Devine has offered $612,407 apparently held in foreign bank accounts for bail, according to court documents obtained by Bloomberg. But his attorney said banking laws in Korea, where about $313,000 is held, prevent Devine from quickly transferring the money.

“It appears that it will be very time-consuming, and difficult — if not impossible — to transfer these funds from Korea to the United States,” his attorney, Raphael Goldman, wrote. “The defense submits that Mr. Devine should be released while we explore possible ways to transfer the remaining funds from Korea.”

Devine is also offering to help aid in protecting Apple secrets for some leniency along with complying with everything the courts have asked. His home, along with his mother’s home in Maryland, has also been offered up for collateral.

Hopefully Devine has learned his lesson, albeit a very tough one, as he seems to be giving up nearly everything just for a bit of freedom before facing the judge once more. Now we’ll just see whether the money he earned from the crimes will help in posting his bail.

Sprint CEO Dan Hesse: ‘We are not ruling out metered pricing’

Sprint is loved by heavy data users, especially those who have access to both its 3G and 4G or WiMax...