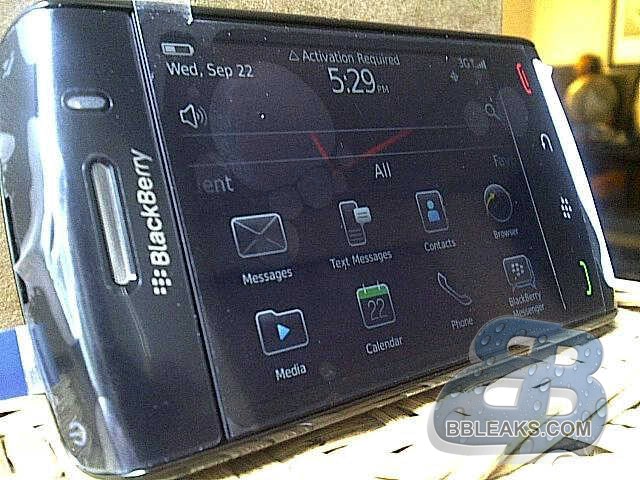 Following up on the About screen posted this morning, we’ve got a fresh picture of the proper device, along with a few more screenshots showing OS 6 in action. As you can tell, it looks pretty much exactly like Verizon’s BlackBerry Storm2, aside from the added RAM and upgraded 5 megapixel camera. If the leaked slide we had seen before was for the 9570 here, then we can also expect a mobile hotspot feature somewhere in there.

Some distinctive carrier branding in the OS also gives us an idea of where to look for the 9570, though it probably wouldn’t be a stretch to expect a GSM version (9580?) at some point too. We’re still left wondering if that mysterious Storm 3 with a trackpad will follow after the 9570, or if it was just a prototype being tossed around that was never to come to mass production. At very least, the BlackBerry 9570 looks very real now, and will keep the 9300 and the 9780 as refreshed phones built specifically for OS 6.