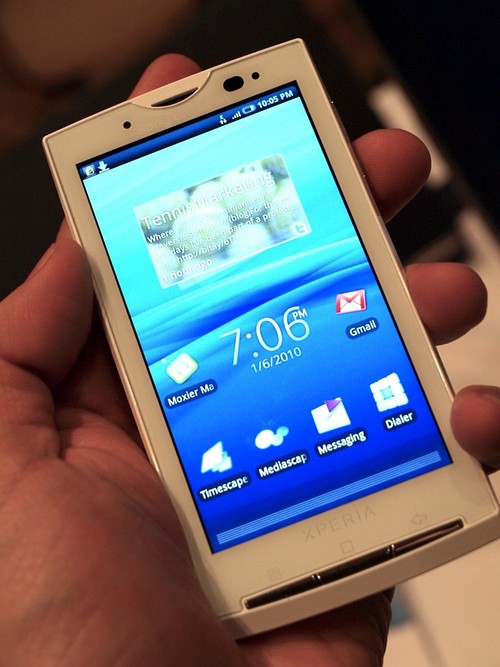 Fans and owners of the Sony Ericsson Xperia X10 have some gloomy news to wake up to this morning: the Android 2.1, or Eclair, update has been delayed. This means your smartphone will continue rocking an antiquated version of the Google platform for another month or so. Yes, I know you’re upset but you did buy the device knowing that an update could take quite some time.

Sony Ericsson says of the Xperia X10 and Android on its blog:

The plan for the added features and Android 2.1 step-up still holds but unfortunately we need a couple of more weeks before we are ready to start the roll-out.

The revised plan is to start the roll-out from end of October and onwards.

We are of course not happy about the change of launch timing but we have had to spend some additional time on the software to really makes sure we roll-out with the right quality and user experience.

Perhaps that’s the problem with the manufacturer – it always needs more time. Like the eight months it took to get to market after the smartphone was officially announced. At this point I suppose it’s better to have some reassurance that instead of rushing out the update, SE is going to make sure that the 2.1 update, which will also soon be old news, plays well with its custom user interface.

Here are the changes listed:

Nothing major as moving from Android 1.x to 2.x brings these predictable changes. Hopefully this works out well and that SE has learned its lesson, because these aren’t the types of surprises we expected when CEO Bert Nordberg said there were plenty to come in the future.

The Facebook phone saga continues to develop with Bloomberg reporting that Facebook is working closely with handset manufacturer INQ on two smartphones....