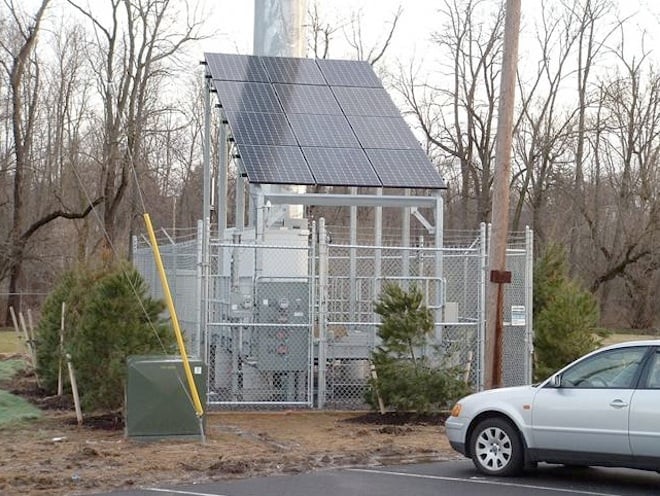 In a move that’s unheard of in the developed world, T-Mobile USA has launched their first solar powered cell tower in Chalfont, Pennsylvania. Details are scant, but what we do know is that it’s powered by 12 solar panels and is completely self sufficient. When network demand isn’t that strong it even feeds power back to the local utility company who can then sell it to their customers.

Now I said this was unheard of because typically developing countries are the ones who are installing these green towers. Their lack of a reliable power infrastructure menas that many African and Asian operators are dependent on disel burning generators to keep their networks up. That’s obviously not good for both the Earth and in terms of reliability. According to analysts at GigaOM a solar powered cell site runs between 2 and 3 times the cost of a regular cell site. Such prohibitive capital expenditures leads me to believe that this is nothing more than a marketing move and at most an experiment to see how this upcoming technology works.

Advances in technology have not only made cell towers more efficient, but also smaller, and more powerful in terms of serving a large customer base. Earlier this year Ericsson announced that they sold their 2 millionth cell site. It took them 20 years to sell the first million and only 3 for the next. That says something about how fast mobile technology is being adopted both in terms of emerging economies getting connected and rich nations feeding their demand for mobile broadband. How many of those towers are going to be “green” and what’s the incentive? People pick their operator based on network performance, not their carbon footprint. Would you switch to T-Mobile if they made a promise to replace each and every one of their towers with these new solar powered models?

Poll: How Do You Feel About Tiered Pricing? Is it Fair?

Verizon announced today that it was going to adopt tiered pricing plans within the next four to six months. Earlier...