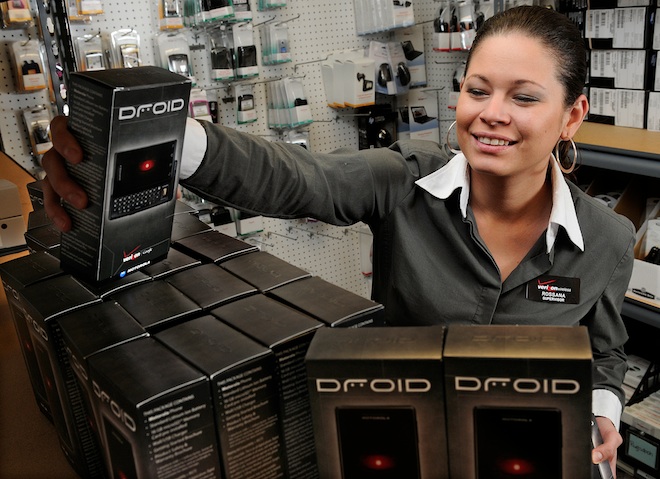 According to research done by Forrester, who polled nearly 43,000 people during the second quarter of 2010, between Generation X (31 to 44 year olds) and Generation Y (18 to 30 year olds) smartphone ownership stands at 23%. That’s roughly 1 out of every 4 people owning a device that gives them access to their social networks, maps, music and even the occasional YouTube video.

“The digital attitudes and behaviors that Gen Y and Gen X are cultivating now will follow them as they age and will only be multiplied in the generations that follow them,” said Forrester Research Consumer Insights Analyst Jacqueline Anderson. “Gen Y in particular is living and breathing a digital social life. In almost every online or mobile behavior, Gen Y leads the adoption curve. About two-thirds update or maintain a profile on a social networking site, which for them is a way to facilitate all social aspects of their lives.”

“On the other hand, Gen X is the master of maximizing the functional benefits of technology. In many activities, Gen Xers closely rival Gen Yers in adoption. For example, both spend about 17 hours online a week. But Gen Xers have mastered the art of using digital tools in a more functional manner, especially if it supports their family’s needs,” said Anderson.

The difference between these two ages groups, at least how I see it among my wide range of friends, is that the younger generation having grown up with these technologies doesn’t really see them as a big deal. This stuff has always been there, whereas the older folks are like moths attracted to a light bulb. It’s new, it’s pretty, it’s addicting, and they can’t get enough of it. When I tell people I don’t use my laptop during the weekend or when I’m not working they look at me like I’m mad, especially since I fit in the Generation Y age range, but eventually those internet addicts will grow up and realize that just like water and electricity, because you have it everywhere, doesn’t mean you need to constantly consume.

Sybase has commissioned a study on Android-powered tablet computers and has found that American public is generally interested in such...