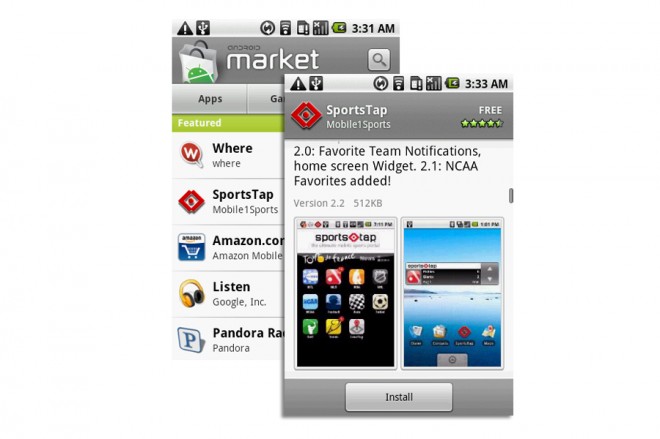 Google is making a strong push with its app environment by rolling out paid app support in 12 more countries.

As you may know, Android phones get its apps from the Android Market. One of the many complaints developers have is that Google doesn’t offer paid app support in multiple countries like the Apple App Store does. That’s one of the reasons why the iPhone’s store now has over 250,000 apps while the Android Market still has less than 100,000.

The Google team sent an e-mail to developers over the weekend indicating that paid support is coming to more countries. The TechCrunch team has gotten its hands on the country list and this will supposedly include Argentina, Belgium, Brazil, Finland, Hong Kong, Israel, Mexico, Poland, Romania, Russia, Slovakia, Singapore and South Africa. Sweden and Hungary may also be on the list but that’s not yet confirmed.

These are the types of move that seem small but could have huge ramifications with developers. Many Android users across the globe find it incredibly frustrating that they can buy apps in their country but can’t even sell their own products. Hopefully, this will help ease those concerns.

The move becomes even more important as Android is gaining momentum around the globe. It has already surpassed the iPhone and BlackBerry in sales last quarter and many expect it to challenge Symbian in a few years for the global market share crown.

Still, the developer ecosystem faces some challenges as the plethora of Android devices leads to fragmentation issues. That’s sort of being addressed with Google decoupling core apps like Gmail from the main platform.

Still, the revenue hasn’t quite been there for developers on Android like it has been on the Apple iPhone. You don’t hear the overnight-millionaire stories which were prevalent during the first days of the Store.

The Nexus One has seen its fair share of ROMs and operating systems that were not intended for it, and...