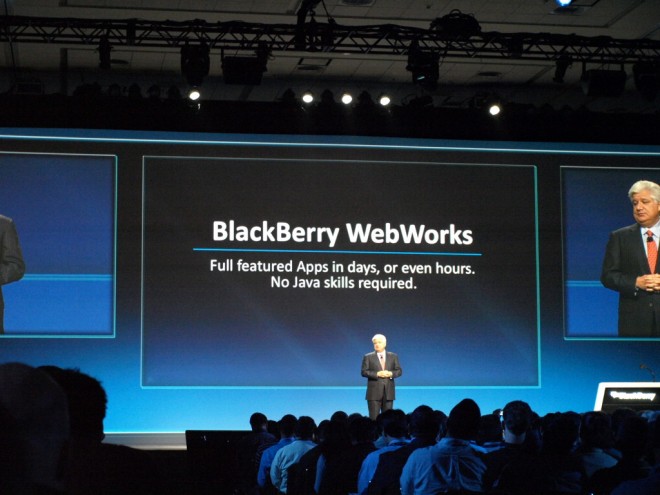 BlackBerry Widgets, a web-based development platform RIM had released in October, has been renamed WebWorks, and will be an open-source project. Using the BlackBerry Web App Packager, developers will be able to create full-fledged programs using familiar web languages, like HTML5, CSS, XML and the like.

RIM made bold claims about their significant contributions to open source already by way of their work with the WebKit browser in OS 6, commenting that the Torch had “the most advanced HTML5 implementation on the market”. WebKit aside, WebWorks has a distinctive drive to it that signals RIM’s direction with open-source in the future; a rep even said “This is step one,” and that we could expect more open-source projects from RIM in the future. To what extent that applies is open to interpretation, but for now, there should there be enough developers who just can’t be asked to work with the standard BlackBerry SDK who will find solace in WebWorks.

Hit up github to see the open-source project for yourself and get involved if you’re so inclined.

RIM has followed-up on the advertising platform and in-app purchaces announced at the last BlackBerry Developer Conference with an official...