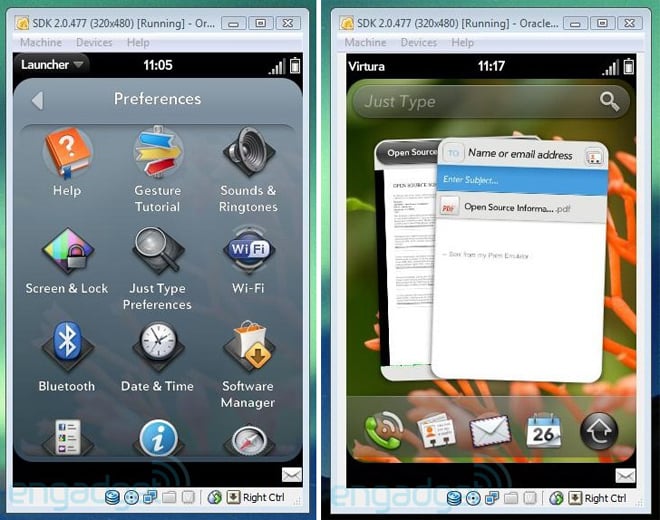 After purchasing Palm in July, HP is reportedly working on new webOS hardware – to go along with the new webOS 2.0 screenshots that we see here. Earlier this summer, we saw a hint of the Palm Pre Plus 2 on a leaked Verizon roadmap and caught a glimpse of webOS 2.0 devices in the usage logs of two different webOS apps. Today, we have a third sighting of Palm’s next generation hardware at TUV Rheinland, a wireless certification agency for Europe.

Two Palm devices with the model designation of P102UNA and P102EWW were approved by TUV Rheinland. Palm faithful will recognize these model numbers as they are strikingly similar to P101UNA and P101EWW, the model numbers for the GSM and CDMA variant of Palm Pre Plus respectively. While I can’t say anything definitive, all signs suggest these two handsets are the GSM and CDMA variants of  the long-awaited second generation Palm Pre. Also receiving approval from TUV Rheinland is a new Palm Touchstone charger and a vehicle adapter.

Speaking of successors, more webOS 2.0 screenshots emerged from a developer running the mobile OS within an emulator. While most are eye candy, several grabs show the new webOS launcher interface and several others give us a quick look at the new stacks UI, a nested version of Palm’s card-based interface.

Hopefully, Palm does us proud and is working on handset with top-notch hardware to match the slick OS. Fingers crossed that HP brings it all together by the end of the year as promised.

[Via Engadget and PreCentral]

Should all phone usage be banned while driving?

We all know that driving and texting while driving can be dangerous but many of us do it anyways because...