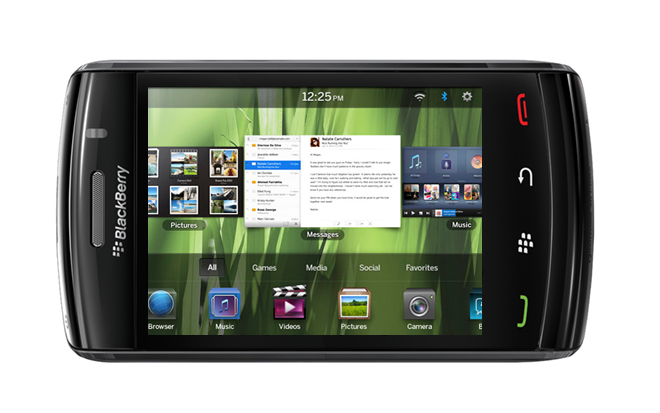 Over a breakfast event today at the BlackBerry Developer Conference, a RIM VP confirmed that the QNX operating system announced in their new PlayBook tablet would in fact be finding its way to smartphones in the long run, and ultimately replace the existing BlackBerry OS. Of course that kind of major transition would take time, and he said BlackBerry 7 would likely be a stepping stone to a full switch.

This confirmation isn’t a huge surprise, considering all of the great things QNX is bringing to RIM. After seeing what QNX was about yesterday, there seemed little reason for Research In Motion to not adopt the operating system full time for their smartphones; the OS has a mind for stability, lower power consumption, efficiency, a wide variety of developer platform support, as well as rich multimedia capabilities ranging from Flash to 3D rendering. Some existing BlackBerry apps will be able to run on the PlayBook, but details are still hazy on what real-world interoperability will be like.

With all of that being said, it seems like RIM is getting ready for a lengthy transition to the new OS (rather than, say, the amputee strategy Microsoft took with Windows Phone 7). Whether or not app developers are willing to sit in that dual-OS limbo for long is another question altogether.

It's time for another Nielsen study, and this one takes a quick look at iPad owners. Apparently, of the 400...