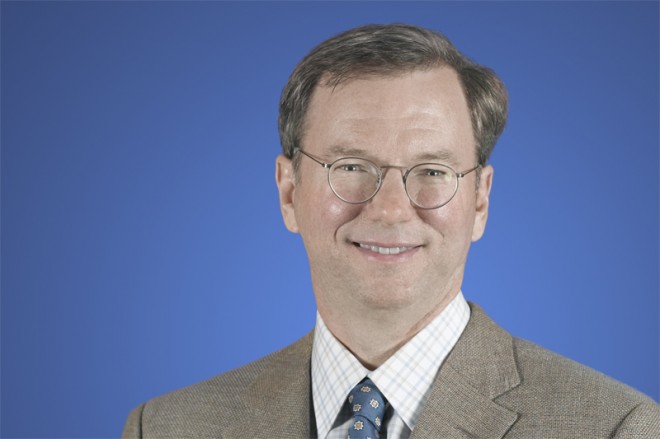 Google CEO Eric Schmidt said that smartphones will outsell PCs in two years and the search giant has been adjusting its business accordingly.

Speaking at the TechCrunch Disrupt conference, Schmidt said that Android is picking up steam, as there are now more than 60 devices from more than 20 manufacturers. This momentum doesn’t appear to be dissipating, as multiple reports suggest that Google Android will become the second largest mobile operating in the world in a few years.

Schmidt said Google’s mobile business doubled in the last year and the traffic it is seeing from smartphones is growing at an astonishing rate. The Android search traffic tripled in the first half of 2010 and YouTube Mobile is seeing 160 million mobile views per day.

“What’s interesting about mobile is that the mobile opportunity is so large its breathtaking,” Schmidt said.

He also called cloud computing the “magic behind what phones can do” and he spoke of things like Google Voice Action or Bing Translator as things that would have been considered science fiction not too long ago.

Schmidt was also very excited about the roll out of Long-Term Evolution 4G networks. MetroPCS, Verizon and others around the globe are deploying LTE 4G networks and these will likely deliver 8 to 10 Mbps to your handset. That type of bandwidth at your fingertips will lead to multiple innovative services, Schmidt said.

Of course, Google wants Android to be a massive success but the company also benefits from most of the growth in the smartphone market because it comes preloaded on multiple devices, even the rival Apple iPhone. Microsoft is trying to counter this by showing up on smartphones like the Samsung Fascinate and the Bing search engine and Bing Maps (which is not as good as Google Maps, in my opinion) will be key parts of Windows Phone 7.