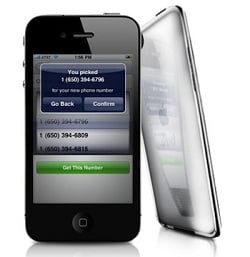 Pinger already delivers free text messaging with its Textfree app but the company will soon take it up a notch by offering free phone calls too.

Pinger will give you a phone number and calls will be made using a data network, so it’s a VoIP call. It will apparently work with WiFi and 3G networks (via a MiFi-like device I’m guessing).

Why would this company offer free calling? According to VentureBeat:

It turns out this is a great model for advertising, said chief executive Greg Woock, because the five seconds while you’re sending a message is a nice window for ads. In fact, Pinger has already said it has already served 1.2 billion ads on the 4 billion text messages that its users have sent.

The Pinger app could become a very powerful disruptor if it catches on because it could potentially be a workaround the mobile operators. Those hip teens could potentially just buy an iPod touch and still be able to keep in touch with their friends and still have access to most of the 250,000 programs in the App Store.

Unfortunately, it’s not going to be unlimited calls, as Pinger will give each user a certain allotment of minutes per month. Users will be able to purchase more with a credit card – the company didn’t say how many minutes a month would be given out.

That last part means it won’t be a death blow to the carriers but I’m sure many iPod touch users will still be happy to get some free calls. I still have to wonder how good the calls will sound over 3G, as my Skype iPhone calls over 3G don’t sound too great.

There’s no word on when the free calling will launch but we’ll check it out the first chance we get.

Foursquare's check-in application for BlackBerry has been updated to let you get pop-up notifications as soon as your friends check...