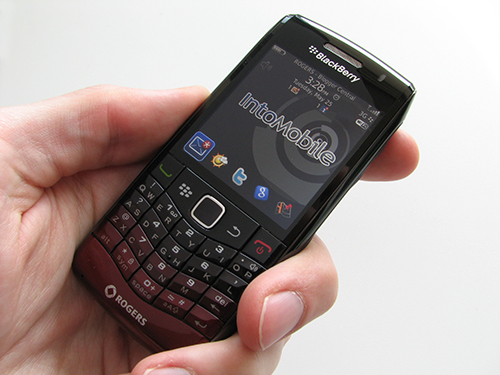 BlackBerry fans on AT&T have a lot to look forward to if the Torch just didn’t strike their fancy: the Curve 3G and Pearl 3G are arriving soon. We first caught a glimpse of the new Pearl 3G at WES, and folks on the carrier who loved the original Pearl have undoubtedly been waiting impatiently and probably losing hope. Fret no longer!

Perhaps the best part is that the Blackberry Curve 3G and Pearl 3G come in at $150 and $100 respectively, but without those pesky mail-in-rebates.

The Pearl 3G will be available on October 17, which is just a few weeks ago, but no solid date has been set for the Curve 3G. All the carrier can say about the latter is that it will be available just in time for the holidays. For more details, check out the press release below.

No matter how you stay in touch – whether through voice calls or social networking – the new BlackBerry smartphones connect you in style.  Customers can stay connected with friends and family on the go through a broad variety of apps like Facebook® and BBM™ (BlackBerry® Messenger).  In addition to pre-loaded social networking apps, both the BlackBerry Curve 3G and BlackBerry Pearl 3G now include BlackBerry App World™, with purchases automatically included on AT&T customers’ bill.

The BlackBerry Curve 3G, the first 3G BlackBerry Curve from AT&T, features the iconic BlackBerry design with a full QWERTY keyboard and optical trackpad.  The new smartphone features built-in GPS, as well as dedicated media keys, so music lovers can easily access their tunes while on the go. It also features a camera that can record video and a microSD/SDHC slot that supports up to 32 GB memory cards for media storage. Support for 3G networks makes browsing faster, streaming music smoother, and gives users the ability to talk on the phone while they browse the web, instant message with BBM™ or share their location with friends on popular social networking sites. The BlackBerry Curve offers an exceptional BlackBerry experience at an affordable price.

The BlackBerry Pearl 3G smartphone is the smallest BlackBerry® smartphone yet and is as powerful as it is compact. Measuring less than two inches wide and weighing only 3.3 ounces, it still manages to pack in support for high-speed 3G networks, Wi-Fi (b/g/n) and GPS along with a high resolution display.  It also features an optical trackpad for smooth navigation, dedicated volume and media keys for added convenience, a 3.2 MP camera with flash for quality pictures on the go, and support for up to 32 GB of personal content. The BlackBerry Pearl, available in a red gradient, is ideal for customers who prefer a compact device, but still want a smartphone that delivers a full BlackBerry experience.

“AT&T continues to expand our offering of BlackBerry smartphones, including the recently launched BlackBerry Torch, to suit the various needs of our customers,” said Michael Woodward, vice president, Mobile Phone Portfolio, AT&T Mobility and Consumer Markets. “As the first U.S. carrier to offer BlackBerry service, we are pleased to add the BlackBerry Pearl 3G and BlackBerry Curve 3G to our portfolio, which deliver style without compromising features or functionality.”

For the complete array of AT&T offerings, visit www.att.com

(2) Mobile Broadband/3G coverage not available in all areas.

(3) Limited-time offer. Other conditions & restrictions apply. See contract & rate plan brochure for details. Subscriber must live & have a mailing addr. within AT&T’s owned wireless network coverage area.  Up to $36 activ. fee applies.   Equipment price & avail may vary by mrk & may not be available from independent retailers.  Early Termination Fee: None if cancelled in the first 30 days, but up to $35 restocking fee may apply to equipment returns; thereafter up to $325.   Some agents impose add’l fees. Smartphone Data Plan Requirement: Smartphones require a DataPlus (200MB) or DataPro (2GB) plan. If you exceed your initial data allowance, you will automatically be charged an additional $10 for each additional 1GB provided on DataPro or an additional $15 for each additional 200MB provided on DataPlus.  All data allowances, including overages, must be used in the billing period in which the allowance is provided or they will be forfeited.  For more details on Data Plans, go to att.com/dataplans Sales tax calculated based on price of unactivated equipment.

(4) Geographic and service restrictions apply to AT&T U-verse services. Call or go to www.att.com/u-verse to see if you qualify. U-verse Mobile: Download and watch available for select shows and requires qualifying smartphone, U300 or higher TV plan and Wi-Fi connection. Downloaded shows available for viewing for limited time periods.

*AT&T products and services are provided or offered by subsidiaries and affiliates of AT&T Inc. under the AT&T brand and not by AT&T Inc.

AT&T Inc. (NYSE: T) is a premier communications holding company. Its subsidiaries and affiliates – AT&T operating companies – are the providers of AT&T services in the United States and around the world. With a powerful array of network resources that includes the nation’s fastest mobile broadband network, AT&T is a leading provider of wireless, Wi-Fi, high speed Internet and voice services. A leader in mobile broadband, AT&T also offers the best wireless coverage worldwide, offering the most wireless phones that work in the most countries.  It also offers advanced TV services under the AT&T U-verse® and AT&T |DIRECTV brands. The company’s suite of IP-based business communications services is one of the most advanced in the world. In domestic markets, AT&T Advertising Solutions and AT&T Interactive are known for their leadership in local search and advertising. In 2010, AT&T again ranked among the 50 Most Admired Companies by FORTUNE® magazine.

Additional information about AT&T Inc. and the products and services provided by AT&T subsidiaries and affiliates is available at http://www.att.com.  This AT&T news release and other announcements are available at http://www.att.com/newsroom and as part of an RSS feed at www.att.com/rss. Or follow our news on Twitter at @ATTNews. Find us on Facebook at www.Facebook.com/ATT to discover more about our consumer and wireless services or at www.Facebook.com/ATTSmallBiz to discover more about our small business services.

© 2010 AT&T Intellectual Property. All rights reserved.. AT&T, the AT&T logo and all other marks contained herein are trademarks of AT&T Intellectual Property and/or AT&T affiliated companies. The BlackBerry and RIM families of related marks, images and symbols are the exclusive properties and trademarks of Research In Motion Limited.  RIM assumes no obligations or liability and makes no representation, warranty, endorsement or guarantee in relation to any aspect of any third party products or services. All other marks contained herein are the property of their respective owners.

Information set forth in this news release contains financial estimates and other forward-looking statements that are subject to risks and uncertainties, and actual results may differ materially. A discussion of factors that may affect future results is contained in AT&T’s filings with the Securities and Exchange Commission. AT&T disclaims any obligation to update or revise statements contained in this news release based on new information or otherwise.

Can the BlackBerry PlayBook (BlackPad) compete against other tablets?

Monday was a big day for RIM as they announced the long-rumored BlackBerry PlayBook. tablet, previously known as the BlackBerry...