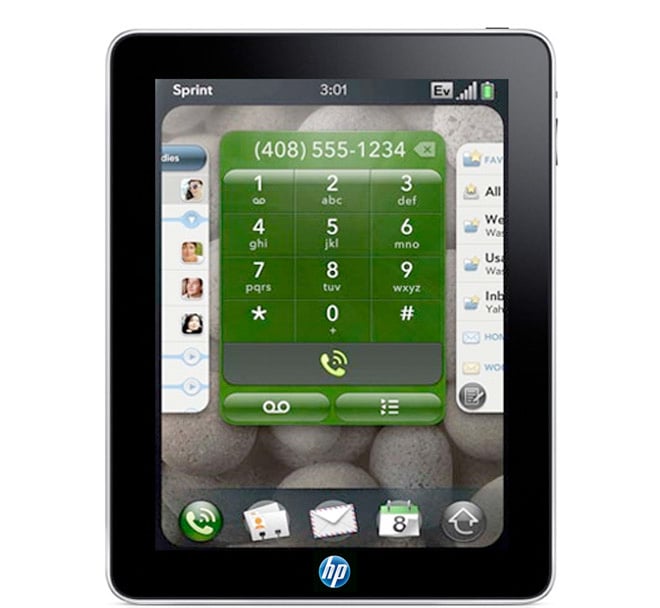 We all know that a tablet from HP is coming early next year with the Palm webOS platform but we may have finally received confirmation that it will be called the “PalmPad.”

During a conference call with analysts, HP vice president Todd Bradley said the “webOS-powered PalmPad” will launch in early 2011. Sure, he could have just been talking about the internal code name for the company’s tablet but this isn’t the first we’ve heard of that name.

The company trademarked the PalmPad name a little while back and it told employees that a webOS tablet will hit soon. I’m not in love with the name (too similar to its direct competitor) but cannot wait to get my hands on this device.

Unlike Android or even iOS, I believe that webOS would scale nicely to a tablet-sized screen. The improvements we’ve seen with webOS 2.0 should make the PalmPad a delight to use.

I’d expect to see the PalmPad have a big presence at CES in January of 2011 but it’s going to be a crowded field. Apple will likely announced the next generation of iPad around that time and it should have multiple cameras and be thinner.

Research In Motion should also be putting the finishing touches on its BlackBerry PlayBook around that time. This device is packed full of cool features and if the pricing is right, it could be a big hit with the corporate and mainstream crowds.

We should also see a ton of Android tablets by that time. The Samsung Galaxy Tab will be out on all four carriers by the end of the year, Dell is bringing the heat with Android and I’m fairly certain Motorola and Verizon will show off its FiOS-enable tablet at CES.

The tablet wars are in full force now, so do you think an HP PalmPad can stand out from the crowd?