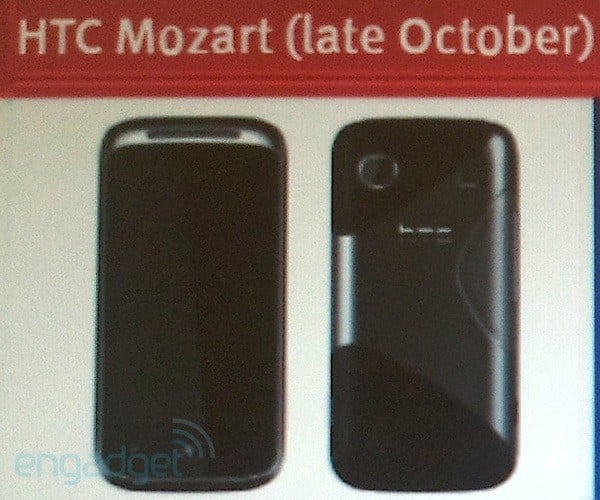 A screen grab from the internal inventory system of UK-based retailer Phones 4U reveals the details for the Windows Phone-powered HTC Mozart. While we have seen these specs bounced around before, this is first time they have been spotted in printed form. As expected, the Mozart will land in late October with a standard set of Windows Phone specs including:

Though originally spotted in the inventory of Australian carrier Telstra, no pricing or carrier is revealed in this particular leak. It’s a coin toss as to which carrier or carriers will land the Mozart as Windows Phone 7 handsets are expected to launch on all five major carriers in the UK.

Hold on to your hats as this is going to be a wild week. While not the official pipeline in this particular leak, the floodgates for Windows Phone 7 handsets have been opened and a bevy of both official and unofficial information will be coming soon.

Microsoft confirmed that it will officially kick off Windows Phone 7 on October 11th. Events are planned worldwide, including one...