Last week, I left the safe confines of my office to New York City on what had to have been the rainiest day I’ve ever experienced in order to meet with Namco to see first-hand some of its upcoming iPhone, iPad, Android, and mobile games. I know, I know – walking through New York in the rain pales in comparison to your job but you guys have to understand that it was really wet out there. I mean, I did carry an umbrella so a good 90% of me was bone dry, but the bottom of my pants were another story!

I’m sure you’ve had enough about my wet pants experience, so let’s get on to the games! 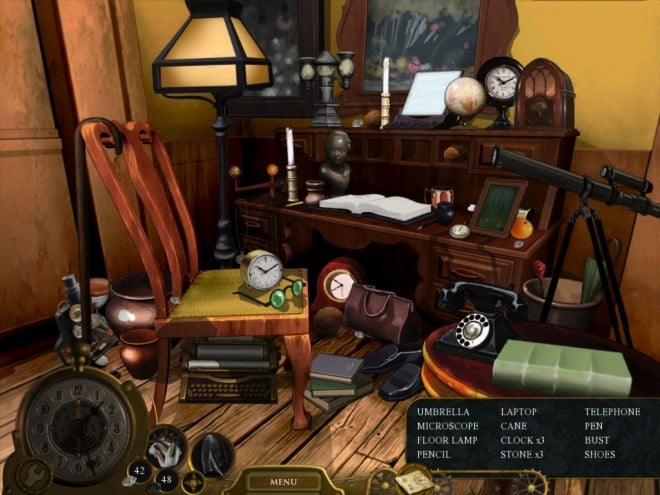 The first game I was introduced to was an adventure hidden object game called Lost in Time: The Clockwork Tower. The game has you playing as Eliza as she attempts to free her friends from being frozen in time by fixing a clockwork tower that has broken upon her entering it. Through your adventure, you’ll come across a pocket watch that contains a guide that will help Eliza through her adventure.

Lost in Time: The Clockwork Tower has 16 different main areas with many sub-areas as well as multiple hidden object games, which can either help you progress through the main story or are there primarily to test your skills at object finding. The game is expected to be released on the iPad in Q3 2010.

If you’re a fan of pro wrestling and TNA, then you’ll be happy to hear Namco will be releasing a wrestling game on the iPhone in the future. TNA Wrestling features a number of recognizable pro wrestlers such as A.J. Styles, Sting, and Hulk Hogan to name a few, with unique stats and fighting styles. Not only that, but you’ll also be able to create your own wrestler with a customized look, fighting style, and wardrobe as well as customizable stats.

During my demo with an early build of TNA Wrestling, the graphics looked very sleek and reminded me of how wrestling games looked on the N64, although it definitely looked way less blocky. The venue that was being shown also looked good and even had a video playing in the background during the match.

Moving the wrestler around was performed with a floating joystick towards the left part of the screen. There were no attack buttons to be seen, but when AJ Styles went on the offensive against Hulk Hogan, an attack button popped up in the middle of the screen that allowed us to perform a suplex. After the suplex, it was pretty much lights out for both AJ Styles and Hulk Hogan as they both couldn’t get up. Just keep in mind this was a very early build of TNA Wrestling, so there’s definitely room for improvement. 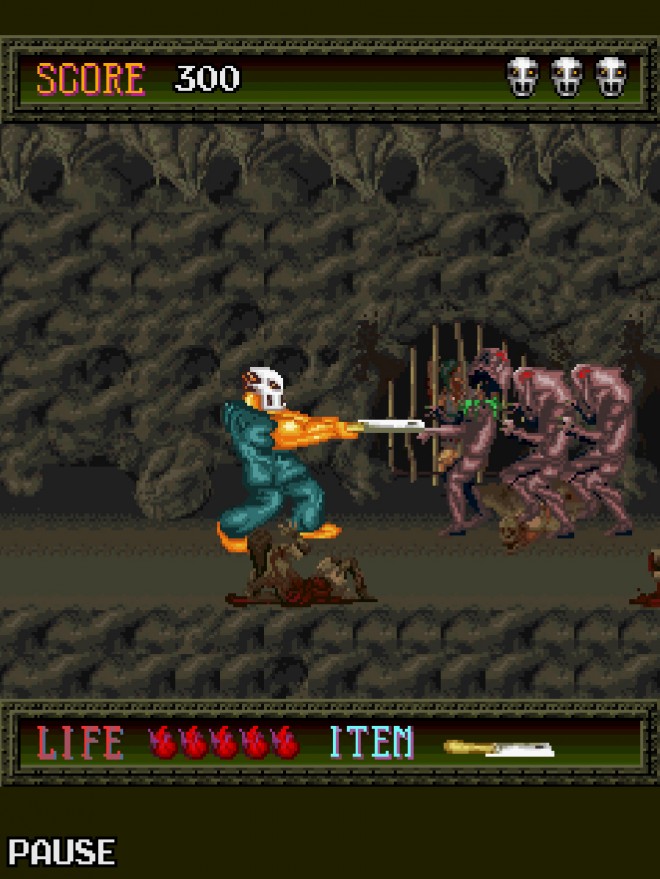 Just like the original Splatterhouse from the late 80s, the game is a side-scrolling beat-em-up where you control Rick who has been resurrected by the Terror Mask which makes him a huge hulking monster. Rick is trapped inside the mansion of Dr. West and he needs to fight his way out.

One of the main selling points of Splatterhouse was how much gore and mayhem there is in the game, as well as all of the huge weapons Rick can wield. The demo consisted only of the mobile version as an iPhone version wasn’t available in time for the press event, but even that version looked pretty good compared to most mobile games. Rick was as large and menacing looking as I remember him from childhood and even though the gore was toned down a bit for mobile, the action still looked pretty good. 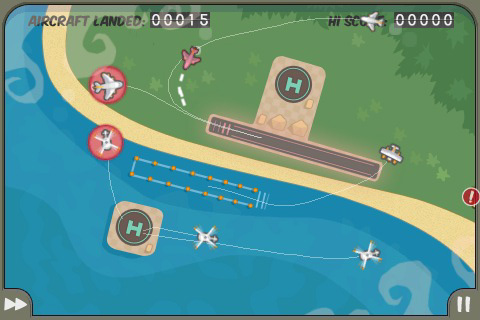 We’ve written about Flight Control in the past, and Namco has partnered up with Firemint to bring one of the most popular iDevice games in the App Store to the Android Market. Flight Control for Android looks and plays just how it does on the iPhone and iPad.

In case you either have been living under a rock, Flight Control has you directing airplanes to their respective landing strips. Each airplane has a particular color, which indicates which landing strip they need to go to. What makes the game more difficult is each plane has its own specific speed, which requires you to keep an eye on the planes in the sky as one crash can end the game. 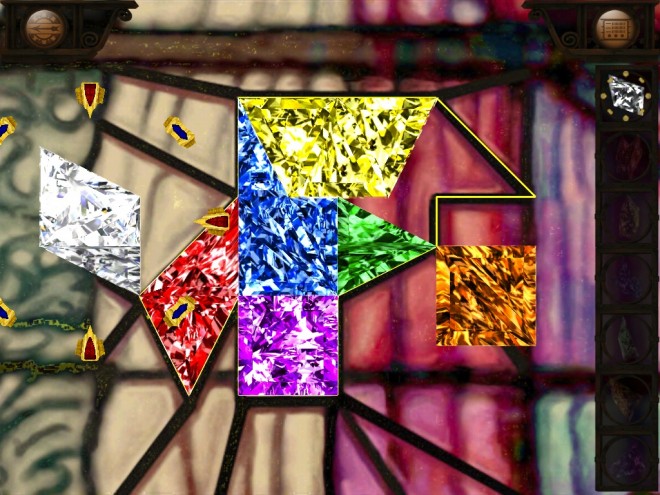 Let’s just say hidden object games aren’t your thing. Anytime someone mentions the phrase “Where’s Waldo?” you just scoff at them and throw hot coffee in their face. Namco wouldn’t agree with your overreaction, but they will have an alternative. Mosaic House of Glass is a 3D tangram game that has you adventuring through a house that requires you to unlock things in the house by manipulating shapes to fit into puzzles.

What makes Mosaic House of Glass unique is the fact that it’s a tangram game whose shapes can be manipulated in 3D. When you come across a puzzle, you’ll be able to not only turn your piece in a clockwise or counter-clockwise motion, but you can also turn the shape in a 3D space to give the player other possible opportunities to complete the puzzle. 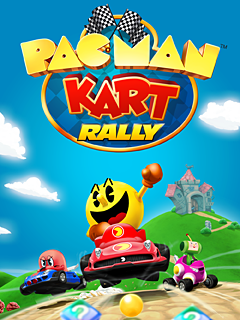 The last game Namco was showing was PAC-MAN Kart Rally. PAC-MAN Kart Rally is a simple kart racing game which will be made available on mobile & Android devices. Players will be able to choose one of ten Namco characters such as PAC-MAN, The Prince from Katamari Damacy, and even the spaceship from Galaga. PAC-MAN Kart Rally features four different worlds to play on with five modes to play.

If you’ve played any kind of kart racer, especially Mario Kart, then you’ll know what to expect. During play, you’ll be able to collect power-ups from pellets that are scattered across the track. Each power-up gives the player an item which can be used to either launch an attack against opponents on the track, or give your character an edge, whether it be a speed boost or invincibility, against opponents. In order to use new characters or play on new tracks, you’ll need to play through the game to unlock them.

Web discovery service StumbleUpon has just gone mobile with their first Android and iPhone apps. As you can expect, the...