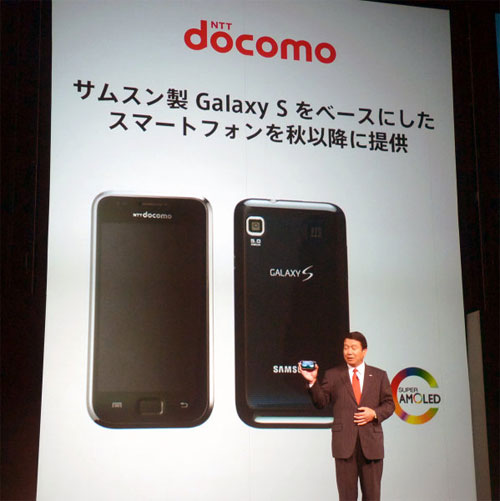 Although Samsung has released its Galaxy S smartphone in quite a few countries, Japan is not one of them. I’m not sure why that’s the case, but what do I know – I would expect that the ever hi-tech people of Japan dig Android and high-end smartphones such as the Galaxy S.

Anyway, we just heard Samsung’s all-touchscreen Android baby will be offered by NTT DoCoMo at some point in October. Specs wise, there shouldn’t be any changes with the Japanese Galaxy S, except the fact that it will ship with Android 2.2 Froyo — unlike existing Galaxy S smartphone which are sold with Android 2.1 running the show. Moreover, it is said that Samsung’s smartphone will be launched alongside DoCoMo’s e-book store, which it builds in partnership with Dai Nippon Publishing.

In the other news from the Land of the rising Sun, Samsung Galaxy Tab should be available in March. Again, it will most likely be sold with some Japan-only ebook store client pre-installed…

For those of you who thought that T-Mobile was done launching new Androids with the G2, you were mistaken. Meet...