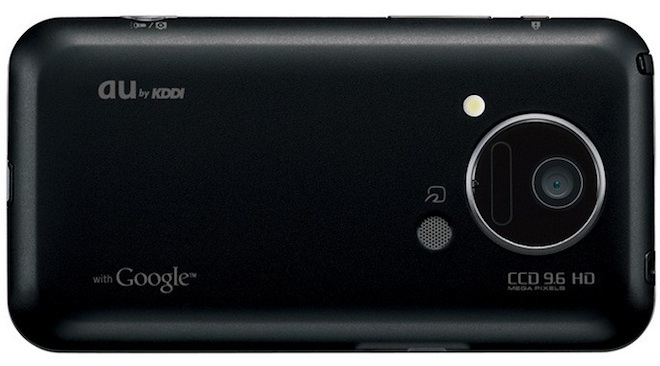 Sharp has just announced the IS03, an Android smartphone for the Japanese market that we’re desperately hoping to see on European and American shores. It’s got the same 3.5 inch 640 x 960 pixel resolution display that’s found in the iPhone 4, and also features a 9.6 megapixel camera. Sure, it’s only running Android 2.1, but with a display like that do you really care? I’ve had an iPhone 4 for a little over 4 days now, and I miss Android like Bambi misses her dead mother, but even I have to admit that using such a pixel dense screen is one of, if not the best, things Apple has done in recent memory to make smartphones even more attractive to consumers.

You’ve also got the standard set of features seen on high end Japanese smartphones: GPS, the ability to watch television, and to pay for things with built in NFC. How much longer until Europe and the USA catches up to our raw fish eating, tentacle rape watching, whale hunting friends on the other side of the world? We’re counting down the days. Note that Mobile World Congress is due to take place in 5 months, and rumor has it that the next version of Android will be revealed by the end of this year. Supposedly it’s going to support high resolution displays and have a new whiz bang bling saturated interface, which sounds horrible, but without screenshots it’s difficult to speculate on the actual outcome.

Expect Samsung to announce one of the first mobile phones for Americans and Europeans with the same type of display because one of their side businesses, actually a pretty big part of their business, is the manufacturing of LCDs and OLEDs for other manufactuers. It’s only inevitable that we’ll see the iPhone’s retina display on devices running Android, Windows Phone 7, and maybe, if Nokia fanbois are lucky, on Symbian and MeeGo too.