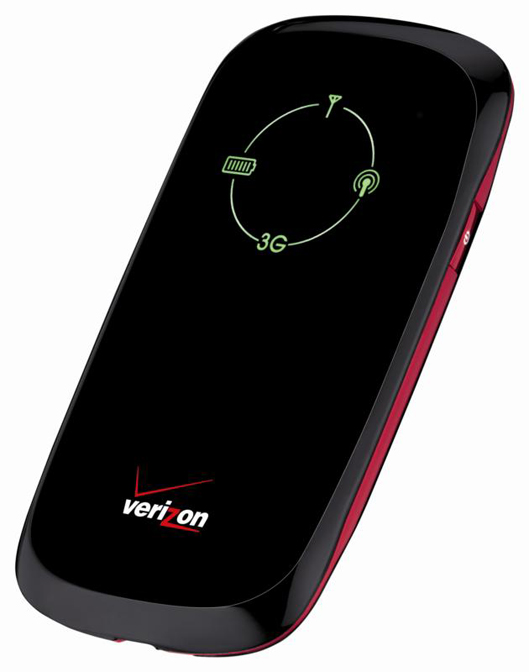 Verizon has launched what’s probably the world’s first dual mode portable hotspot. They’re calling it the Fivespot because it gives up to 5 devices a WiFi connection. If you’re not familiar with portable hotspots, they’re a remarkably simple concept. Instead of device manufacturers having to shove SIM card slots in anything and everything they want to have access to the internet, you buy a little credit card sized device that takes the wireless signal provided by your operator and then converts it to WiFi for devices such as your Apple iPad or Amazon Kindle. Google’s Android, as of version 2.2, has this capability baked into the operating system itself so you don’t even need to carry a separate device!

If you plan on using it in the USA, here are the rates:

And if you’re going abroad:

Tissues for the tears that will inevitably run down your face when you get your phone bill: Not Included. My advice: Wait, LTE modems will be coming out sooner rather than later, and just buy prepaid SIM cards in the country you’re visiting. Save yourself the money.