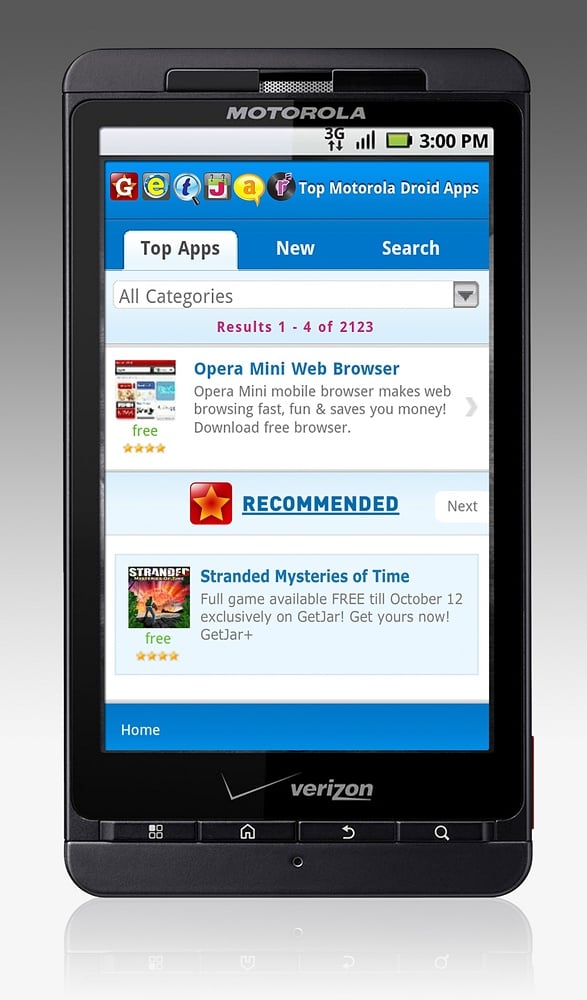 While we’ve been focused on the enormity of the iTunes App Store, and the rising Android Market, we can sometimes forget that GetJar is the world’s second largest app store. It’s loaded with tons of utilities, entertainment apps and games and media. Today, GetJar is announcing that it will be giving away premium Glu Mobile games for free over the course of two weeks.

Premium means no advertisements, registration or anything else that might otherwise deter you from picking up a game. Best of all they’re free for a limited time.

“This revolutionary new business model will fundamentally change the app industry economics and give consumers access to many more apps at a lower cost or in GetJar’s case – free,” said Ilja Laurs, founder and CEO for GetJar. “Everyone benefits – consumers can download all applications for free and get access to unique content regardless of the phone model they use, and now with GetJar+, millions of consumers get exclusive access to content that would normally require payment to download. Developers and publishers benefit by being paid for the licensing of their content on a global app store with huge scale. We’re thrilled that Glu is the first games publisher to realize the benefits of this new monetization model as well as the opportunity to reach consumers globally across more than 2,300 different handsets.”

According to GetJar, it can give away all these games for free because of its vast size. Perhaps it’s something Apple might want to encourage its developers for just a little while. After all, Capcom greatly discounted a number of its games over the past few weeks for daily or weekend specials.

By giving away a ton of free games, GetJar can also boost its numbers. Currently, the second largest app market has seen over 1 billion downloads in 200 countries, and sees about 100 million downloads per day. That’s definitely not a number to sneeze at!

The only remaining question is where you can grab these free games.

Initially, these free premium games will be found on GetJar.com’s homepage in the “Recommended” section and include some of Glu’s most successful licensed and original IP such as: Brain Genius 2, Stranded: Mysteries of Time, Build-a-lot, and Race Driver Grid.

Symantec is going all in with its mobile security lineup, as the company is bringing out a full suite for...