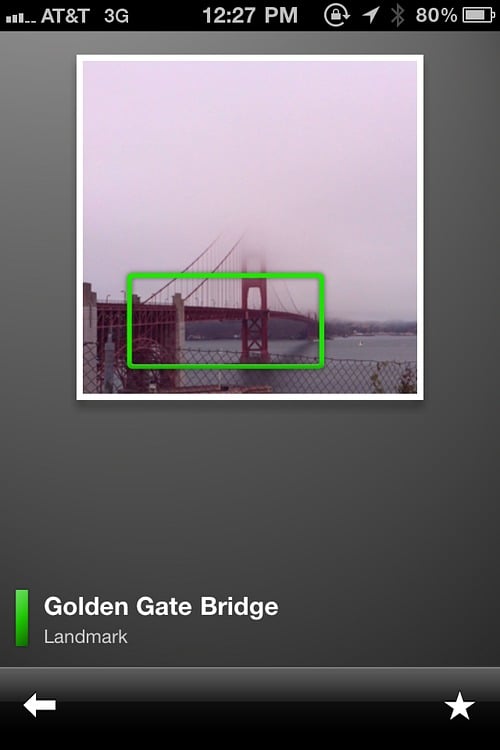 Are you big on Google products and service, but you absolutely adore your iPhone? You’ve probably been envying your Android counterparts who have been sporting Google Goggles for the past year while you’ve been snapping pics and asking the Twitter collective, “Hey guys, what is this thing?” Those days are well behind you now, my friends.

Google Goggles was first introduced last December, and it was a pretty exciting idea to know that you could search items just by taking a picture of it. For the most part, it works very well, but it was missing from a really popular platform: iPhone OS/iOS.

It’s very simple according to Google:

In the new version of Google Mobile App just tap on the camera button to search using Goggles. Goggles will analyze the image and highlight the objects it recognizes — just click on them to find out more.

But it does have its limitations right now, too:

Computer vision is a hard problem and Google Goggles is still a Labs product. It works well for things such as landmarks, logos and the covers of books, DVDs and games. However, it doesn’t yet work for some things you might want to try like animals, plants or food.

If you’re unfamiliar with the service, check out the little video below. If you like it, its a free download from the iTunes app store.

You may be used to see foreign currencies on certain applications you find in the Android Market, but wouldn't it...