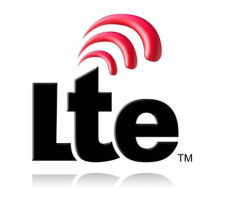 Verizon CEO Lowell McAdam stepped on his own company’s press conference a little during a keynote at the CTIA Wireless show, as he revealed the company’s deployment plans for its 4G network based on Long-Term Evolution technology. Get ready for some 4G LTE goodness in 38 cities by the end of the year.

The company will reveal the exact list at a press conference later today but we were able to snag a (low-res) photo during the keynote. This is a bit higher than the 30 football cities we heard about earlier and it includes San Francisco, San Jose, New York, San Antonio and others.

Overall, the Verizon 4G LTE network is going to cover 110 million people by the end of the year. The Verizon CEO also said it has been getting 8 to 12 Mbps in real-world settings.

[Update]
Verizon detailed their full LTE strategy during a press conference at CTIA, and we have the full rundown on Verizon’s 4G plans here.

He also said the company is on track to cover 2/3 of the population within 18 months and it will equal its 3G footprint by 2013.

He also took a few thinly-veiled shots at the competitors like Sprint and its 4G service based on WiMax. He emphasized how much an advantage Verizon has with the 700 MHz spectrum – this has better in-door penetration than WiMax.

He also said that there is a tendency to think about the speed increase with the LTE 4G network, but the latency improvement will also be important. He said the latency for the next generation mobile network will drop in half, which can dramatically change how mobile gaming, commerce and other sectors perform.

We also didn’t expect too many devices to be in the wild but Verizon’s CEO disputed that. He said the company will be showing off half a dozen smartphones and tablets at next year’s CES which can access the company’s 4G LTE network.

We’ll have a full list of cities in a little while. Are you excited about 4G?

[Update]
Verizon detailed their full LTE strategy during a press conference at CTIA, and we have the full rundown on Verizon’s 4G plans here. 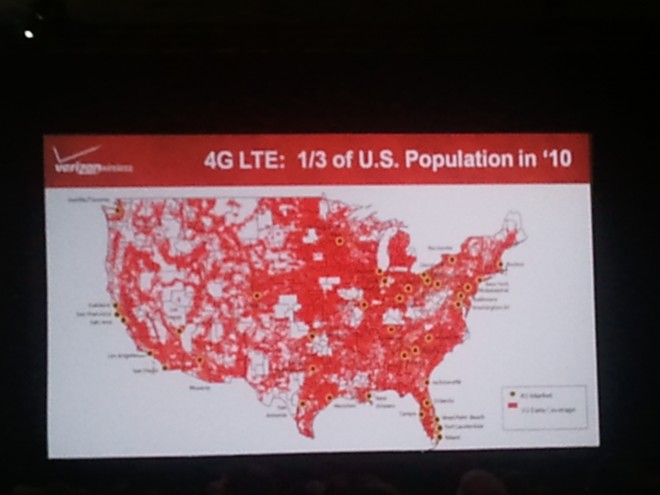 AT&T has just announced the USBConnect Shockwave, its first mobile broadband modem that will allow users to connect to the...