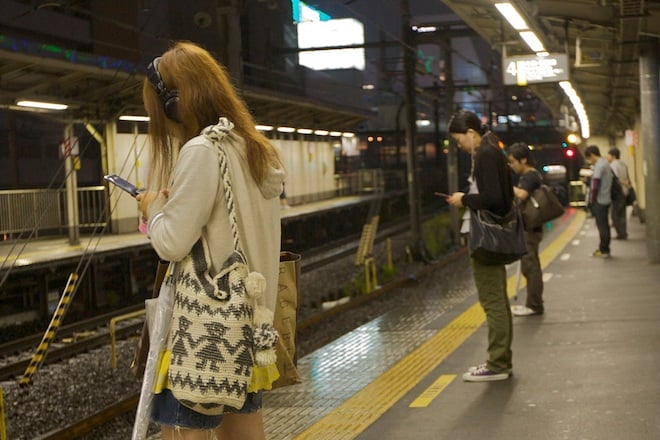 In a survey done by comScore, sample size unknown, some startling results were found between the differences of how the Japanese, Europeans, and Americans use their mobile devices. You’d think that because mobile phones are so limited in what they can do that everyone, everywhere, would be doing the exact same thing, but you’d be dead wrong. In Japan 59.3% of people used a mobile browser, followed by the Americans at 34.0% and finally the Europeans dead last at 25.8%. Let that sink in for a little … Americans are using the mobile work more often than Europeans. No wonder AT&T is struggling. The numbers for application usage are similar with JAP users at 42.3%, USA users at 31.1% and EU* users at 24.9%. The tables turn when it comes to text messaging however with a whopping 81.7% of EU users saying they sent an SMS verus 66.8% in the USA and 40.1% in Japan.

We’re all familiar with the stereotype of Japanese people constantly walking around taking pictures, right? It’s proven here with 63.0% of JAP users saying they take photos, followed by EU users at 56.8% and Americans at 50.6%. Video on the other hand is rather taboo with only 15.4% of JAP users saying they’ve recorded something, versus 19.2% in America and 25.8% in Europe. Services such as maps and mobile banking also reveal some differences. With maps it’s 15.7% JAP, 16.0% USA and 10.8% EU. Mobile banking is 8.0% JAP, 9.4% USA, 7.1% EU, which is a bit of an eye opener since I always thought mobile banking was a European stronghold.

You guys, our lovely readers, are probably advanced smartphone users who do things with your device that many people don’t even know a mobile phone can do, but it’s interesting none the less to check out how we’re all different. I’m counting the days until I can pay for everything with my mobile phone and also use it to unlock my front door.

* = I used the words EU and Europe interchangeably in this blog post. What I really mean is the 5 countries known as Western Europe: UK, DE, FR, ES and IT.

Ah, high school. Didn't everyone just love those days? No? I sure did, but I didn't have the worries that...