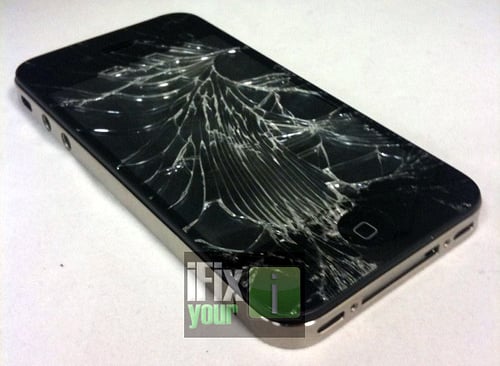 The iPhone 4 isn’t perfect, and now we’re hearing that the glass used on the Apple phone may have problems as well. Call it “Glassgate,” if you will.

Shortly after the iPhone 4’s release, users were discovering that touching the frame, which serves as the phone’s antenna system, severely attenuated signal strength and data speed. The phenomenon was quickly dubbed “Antennagate” and the uproar that ensued resulted in a PR disaster for Apple. Now, with the alleged problems with the iPhone 4’s glass getting scratched and shattering when used with some slide-on cases, we may be on the verge of a “Glassgate.”

Following a number of curt e-mails to customers from Steve Jobs and flat out denial of the antenna issue, Apple held a press conference where it was decided that the company would hand out free cases and bumpers to dissatisfied customers. And that was the end of the iPhone 4’s woes. Or so we thought.

Recently, GDGT published an article highlighting a new issue with the iPhone: its weak glass backing. According to GDGT, a slide-on case might be enough to cause any trapped debris to scratch – and ultimately shatter or crack – the iPhone 4’s glass.

“Apple has apparently found that non-bumper style cases — specifically those that slide onto the iPhone 4, which are occasionally prone to particulate matter getting caught between the rear of the phone and the case — can cause unexpected scratching that could quickly develop into full-on cracking or even much larger fracturing of the entire rear pane of glass. To put it another way: Apple is afraid you might buy a standard slide-on iPhone case, put it on your phone, and then discover the next time you take it off that the entire back of your device has been shattered by no fault of your own.”

The iPhone 4 glass does crack and shatter, but that shouldn’t come as a surprise after the iFixit images made its rounds on the web. However, the images are misleading and confused a lot of people when it came to Apple’s claims of the iPhone 4’s glass hardness being comparable to sapphire crystal. Hardness and brittleness are absolutely not the same thing, and the brittle nature of the glass is what causes it to crack.

Jon Ive, Apple’s SVP of industrial design, says that the aluminosilicate glass used on the iPhone has strength comparable to sapphire crystal (not to be confused with actual sapphire, which is much harder). On the Mohs Hardness Scale, which is used to rank minerals in terms of hardness, sapphire ranks at a 9 where a diamond is 10. Sapphire crystal, on the other hand, is somewhere around a 7 (although there are variations that allow watch manufacturers to claim it can be high as 9), which is where you’d find minerals like quartz.

If we’re to believe that the aluminosilicate glass on the iPhone 4 is comparable to sapphire crystal, and that sapphire crystal is harder than materials like titanium, steel or iron (ranked 6, 4.5 and 4 on the Mohs Scale), what sort of debris can slip into a case and scratch your iPhone?

Unless you have bits of diamond and titanium carbide in your pocket or purse, there isn’t a whole hell of a lot that will scratch your phone in that way. As gross as it sounds, a lot of the dust and debris you’ll find in your pockets or around your home is mostly from clothing and dead skin. 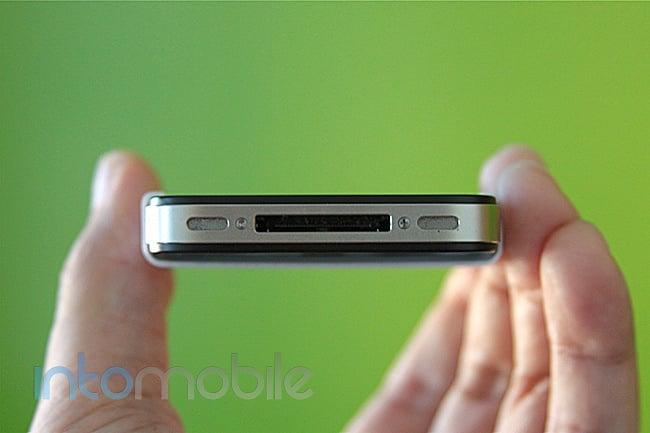 Moreover, most sliding cases use thin strips of rubber in them so they fit snugly against the phone. This leaves a tiny bit of space between the phone and the case itself. At worst, a bit of rock or sand in there might cause the type of scratch that you can only see when you angle your phone against light a certain way. And even then, you’re probably only seeing scratches in the oleophobic coating and not the glass itself.

Bill Nye once described this coating to Gizmodo:

The glass screen is coated with a polymer, a plastic that human skin oil doesn’t adhere to very well. People in the chemical bonding business like to call the finished surface “oleophobic.”

If you manage to scratch through this coating and into the strengthened glass, congratulations. That takes some amount of pressure with a very hard material or mineral. And if you scratch it deep enough to cause cracks in your iPhone, you really must have been trying.

The reason that the GDGT article is shocking isn’t because it’s another potential scandal, but that it’s the first any of us has heard of the issue. Why is that? The iPhone 4 has been on the market for four months now and several folks have been using slider cases on it since day one. Where is the angry mob?

So, can your slider case scratch your iPhone 4? It’s possible, but highly unlikely. If you’re the clumsy type, the probability of you damaging your phone from a drop is much higher than scratching it with a slider case. Simple as that.