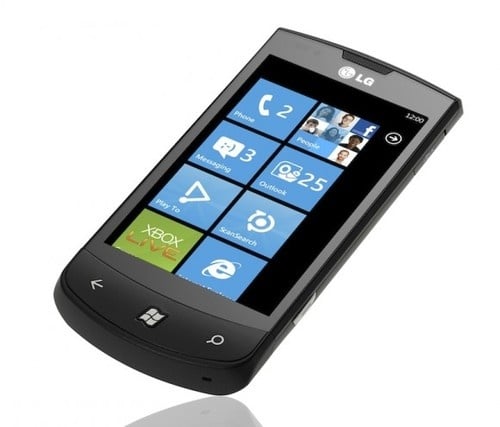 Also known as the E900, the Optimus 7 from LG will include a 3.8-inch WVGA display, a 1GHz processor, 5-megapixel camera with 720P recording and support for 360-degree panorama photo. Not too bulky, this latest smartphone comes in with dimensions of 125 x 59.8 x 11.5mm. Internally, the Optimus 7 offers 16GB of on-board storage, GPS with digital compass, accelerometer, light and proximity sensors, Bluetooth 2.1, WiFi, and the obligatory Windows Phone OS.

Presuming the E900 is the Optimus 7, then we can expect to see this hot, new handset land in North America. The E900 was recently spotted at the FCC with 850/1900Mhz which makes it suitable for AT&T in the US and Rogers in Canada. All these details, including that rumored text to speech feature, will be revealed at Microsoft’s Windows Phone launch event today. It is t-minus one hour and counting and we are gearing up to cover it live. Check back for our live blog which will be available very soon.

[Via Gizmodo and LG UK Blog]

The Samsung Omnia 7 has a made an early debut courtesy of Samsung's Russian website. The Omnia 7 revealed itself...