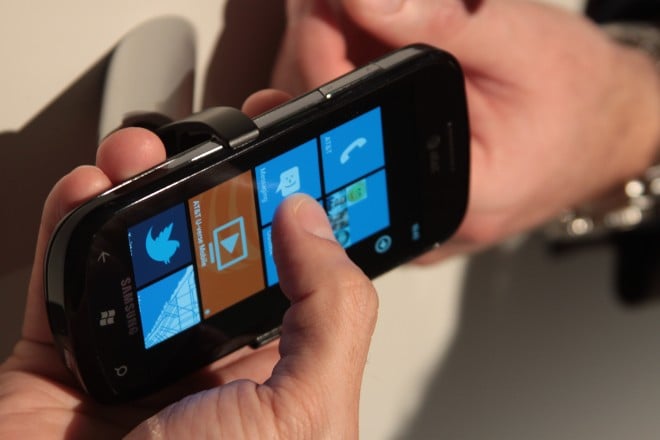 The details about the upcoming Microsoft Windows Phone 7 handsets are coming to light and now we’re hearing that you won’t be able swap your SD card to expand the memory.

We were actually surprised to see that the Samsung Focus had a memory card slot because it was assumed that the first batch of devices wouldn’t support these. Samsung has tweaked it so that the memory card slot is recognized as part of the internal memory but it doesn’t look like you’ll be able to augment that.

Straight from the horse’s mouth:

Windows Phone uses a special high–performance SD card that works differently than SD cards in other devices. When your phone is built and first set up, its internal storage and SD card are combined and recognized as one storage system.

Warning
You should not remove the SD card in your phone or replace it with a new one because your Windows Phone won’t work properly. Existing data on the phone may be lost, and that SD card can’t be used in other devices or Windows Phones.

Microsoft would counter those memory complaints with Windows Phone 7 by saying that it is such a strong cloud-centric device that you won’t necessarily need that much on-board storage. For example, the Windows Phone 7 devices will act like the Kin devices by automatically backing up your photos and videos.

As for media, these devices will also be able to utilize the Zune Pass for unlimited music streaming for a monthly fee.

Those are decent arguments but I would still like the option to throw in a 32 GB microSD card. How about you?

[Update] According to Paul Thurrot, who wrote a book on the Windows Phone 7 platform, you can add storage to your device but it will require a hard reset.

So, to put it accurately, Windows Phone does support expandable storage. But it does not support removable storage.