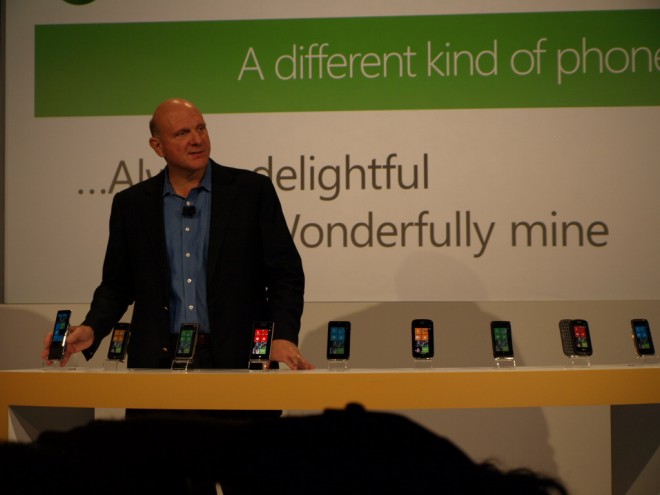 Microsoft is going all out for the mobile space with its Windows Phone 7 lineup and at least one industry analyst believes that it will have to dive into the lower-end of the market to be a strong success.

Carolina Milanesi, a researcher with Gartner, said the upcoming Windows Phone 7 platform is an improvement over Microsoft’s previous mobile offerings and that it is a “good effort.” She also said that is will need a lower average selling price (ASP) to truly make a dent in Android of the iPhone.

“At launch starting out with high-end devices will guarantee a higher level of appeal and help drive on the visceral appeal,” she wrote in a blog post. “However, in order to grow share Microsoft will have to come down on ASP to be able to compete more directly with Android-based products.”

That seems pretty reasonable to me, as the $200 price point is essentially the standard for high-end smartphones. That’s what it costs to get an Apple iPhone 4, Droid X or other top-shelf device.

I guess the main argument for what Gartner is saying is that Android is quickly becoming the platform of choice for a new breed of smartphones for first-time buyers. We recently saw Motorola and Sprint just introduced a wide variety of handsets aimed at new smartphone users and all of these are powered by the little, green robot.

Should Windows Phone 7 be aiming for this segment of the market? I’m not quite sure. All smartphones come with a data plan and the low initial price of the handset is a pittance compared to the life of the contract.

AT&T was late to jump on to the Android boat and, when they did, it wasn't pretty. The second-largest U.S....