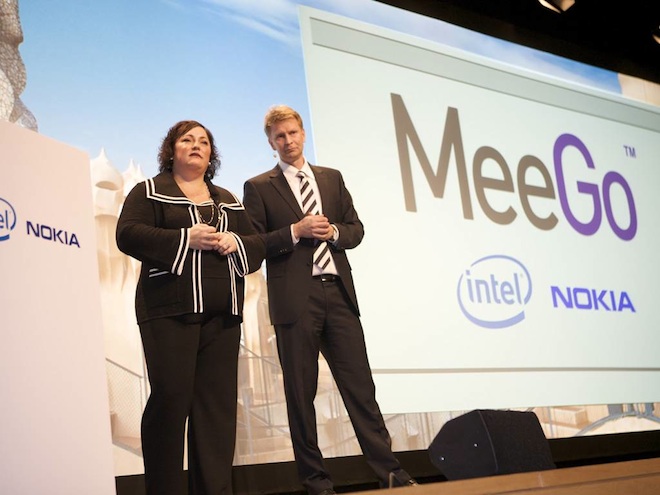 Nokia’s N900 is starting to feel a bit long in the tooth. Sure, it’s powerful, but with all these new versions of Android and iOS popping out almost every few months now, Maemo 5 is beginning to show some signs of aging. We’ve seen the Nokia N9 already, and Eldar Murtazin from Mobile-Review has called the hardware “near perfect” while the software on the other hand, unsurprisingly, is a bit lacking. So what’s going to tide people over between now and early next year when Nokia’s first MeeGo device ships? How does a firmware update that lets you dual boot MeeGo and Maemo on your N900 sound?

That’s right, beginning in PR 1.3 users will be able to have both Maemo and MeeGo installed on the exact same device. If that isn’t geeky, I don’t know what is. All the warning associated with beta software, especially cellular software, have to be mentioned. Your precious little pocket sized Linux box will crash, calls will be dropped, and the appropriate levels of UI bling bling may be turned down or off completely to increase stability.

Other new features in PR 1.3 weren’t mentioned, but I’m sure we’ll hear about it more as we get closer to the release date. Don’t forget that the first ever MeeGo Conference is going to take place next month and topic covered include porting MeeGo to Texas Instrument’s OMAP 4, aka one of the fastest processors out there. The N9 is due to be announced there as well, but as preciously mentioned, don’t hold your breath for a 2010 launch date. Nokia’s got enough on their plate with the N8 starting to ship, as well as all the other devices announced at Nokia World last month.

Of course you could always just pick up a cheap Android device to tide you over under summer 2010, but hey, that all depends on where your loyalties lay.