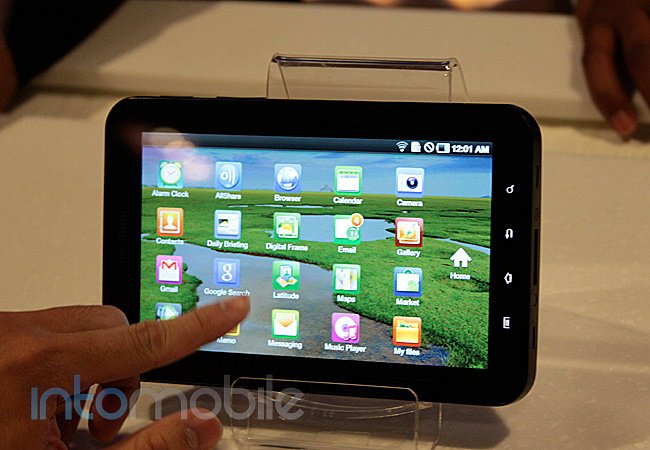 As we’re approaching November 1st, new information on the Samsung Galaxy Tab price is leaking. This time the source is T3 which interviewed John Doughty, Mobile Division General Manager of Micro P. While speaking with journalists from the popular gadget magazine, Mr. Doughty confirmed the earlier rumor – Samsung’s Android-powered tablet will cost 599 GBP sans any strings attached. Alternatively, users will be able to grab the device for 199 GBP on a two-year contract.

Complete list of Samsung’s UK carrier partners is still unknown, but we do bet pretty much every major company will want to offer the Tab. It’s safe to assume we’ll pick up the press releases in the days to come.

In addition to the UK, the Samsung Galaxy Tab is also announced for other European markets, including Spain, Sweden and Italy.

Feature wise, the Tab comes with a 7-inch 1024×600 pixels touchscreen, both rear and front-facing cameras, HSPA and WiFi connectivity, while Android 2.2 Froyo is running the show.