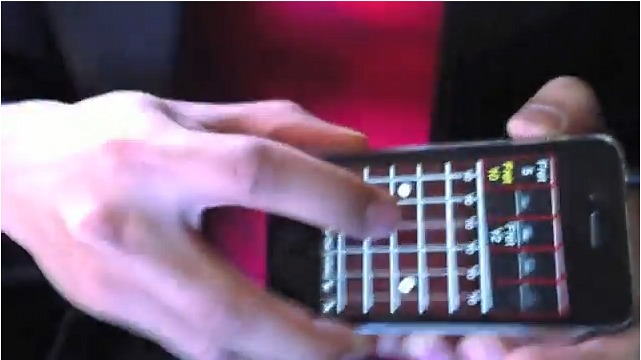 Cue the city dwellers who say “OMG I love NYC,” or “Only in New York” every time someone here in Manhattan sneezes: an iPhone-toting band just killed it on the B train. Atomic Tom, the band you’ll see in the video below, just had their instruments stolen (so the story goes). But that isn’t going to stop them from playing some sweet tunes, oh no.

Turning to different musical apps you can grab on the iPhone, the band decided to hold a little jam session in a subway train. While I’ve seen some pretty nifty musical performances in the trains before, this one probably takes the cake for me so far.

To get that kind of volume and make sure everyone is on cue probably took some rehearsing, but it most certainly paid off.

Clever way to get yourselves exposure, boys.

Unfortunately, it's lawsuit time again in the mobile space but this time Motorola is trying to get a court to...