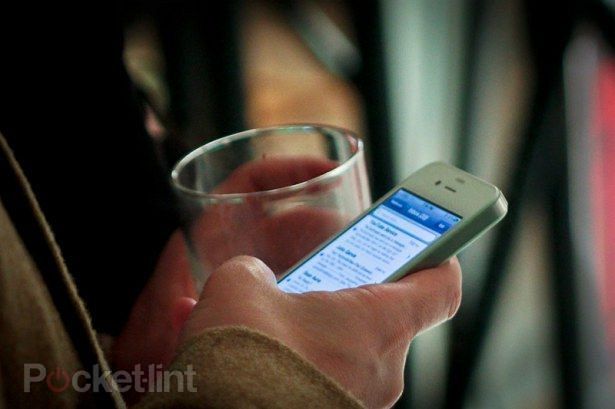 The elusive white iPhone 4 was spotted at a press event in New York City recently, and it seems the reason for its delay matches one that was presumed months ago. A curious journalist snapped a photo of the white iPhone 4 and proceeded to ask its owner, who preferred to remain anonymous, about the device.

According to Pocket-Lint, Apple headquarters in Cupertino is swarming with the white iPhone 4. So why haven’t we gotten a taste of it ourselves? The source said that, as we’ve heard before, it’s all about the coloration – or in this case discoloration – of the body and the home button. Since the two don’t perfectly match just yet, Apple is still holding off on dishing it out for public consumption.

Perhaps this is true. Steve Jobs is a known perfectionist, and if the face of the iPhone is ivory and the home button is off-white, for example, that’s just unacceptable.

If true, there really is no telling when we’ll see the fairer version of the Apple smartphone. It was promised and delayed, and then promised and delayed yet again. But we know it’s out there. Actor and comedian Stephen Fry inadvertently pulled one out during a T3 awards show when he intended to show the crowd a Windows Phone 7 device. Oops!

New York Times lovers who happen to own the Apple iPad are going to get excited about this one. The...