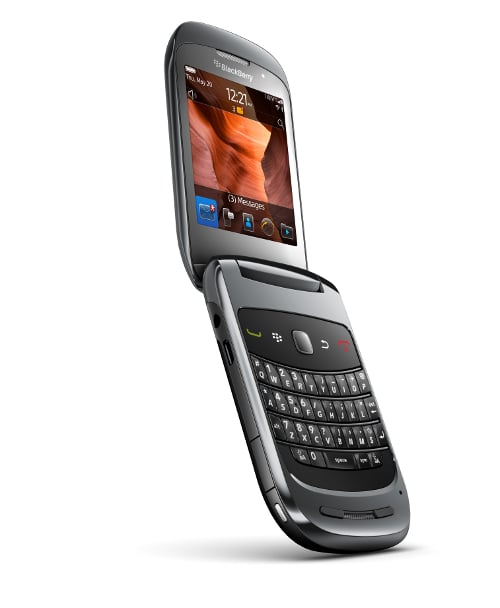 RIM and Sprint have just made an official announcement for the BlackBerry Style 9670 clamshell, and those rumours we had heard about an October 31 launch date and $99.99 price point on a two-year contract were dead on.

We’ve been hearing about this phone for the last six months, so there really aren’t too many surprises at this point; the Style runs the new BlackBerry 6 operating system, complete with universal search, WebKit browser, and a host of usability upgrades, and has a 5 megapixel camera with autofocus and flash, 512 MB of RAM, 360 x 400 display, GPS, Wi-Fi b/g/n, and 3G over EV-DO Rev. A. This is RIM’s second clamshell device (their first with a full QWERTY keyboard), and as such offers a handy external display for at-a-glance notifications of incoming messages. In my time with it, this was the sole redeeming quality of the Pearl Flip, and I trust that combined with some higher-end specs, the Style will fare at least a little bit better.

A lot of initial reactions have painted the Style as exactly the opposite: big, ugly, and more of the same. There does seem to be a lot of dead space above the trackpad before the joint, but I’m going to reserve judgment about the look and feel until I’ve got one in my hands. Personal feelings aside, it makes business sense from RIM’s end to provide as many form factors as possible to remain diverse and have something for everyone.

Pre-orders for the grey BlackBerry Style start on Sprint on October 19, with a purple one becoming available in November. Head over to Sprint for more details, since they’ll have the exclusive for the foreseeable future. In Canada, there’s word that Telus and Bell will be offering it in the first week of November – I’ll check with them now to see if there’s any confirmation now that the Style is public. We’ll be getting a review unit soon enough, but for some background on the device, check out Inside BlackBerry’s chat with the Style’s product manager.

Oh, and here’s a promo video with some trashy techno music.

Leaked information provided to TmoNews suggests that T-Mobile may be introducing a new data plan for smartphone owners. The new...