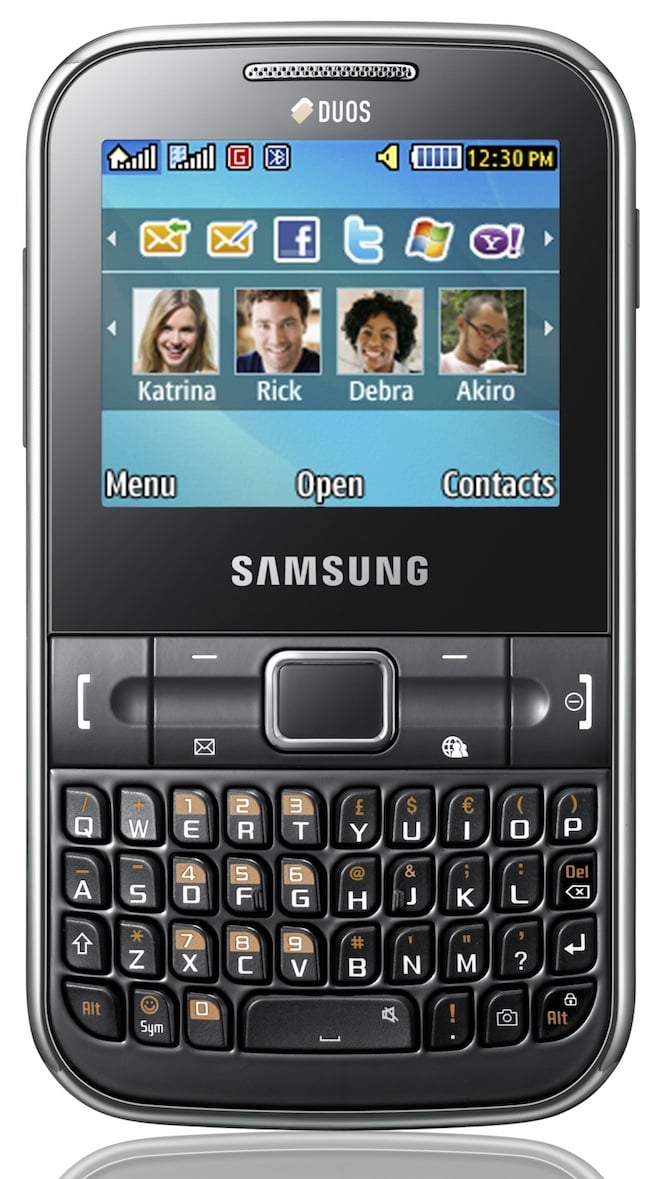 Hot off the heels of the Samsung E1252 that was launched earlier today, the South Korean firm has introduced another handset that is capable of holding two sim cards: the Ch@t 322. It’s got a QWERTY keyboard, a first in the dual SIM market as far as I’m aware, and comes with a feature phone operating system that bundles applications to bring users easier access to their email, Facebook, Twitter, Google Talk, Yahoo! and MSN social networks. It’s got a 1.3 megapixel camera, Bluetooth, USB 2.0, and while there isn’t a price tag, I bet it’s going to be really cheap. The Ch@t 322 launches in Russia next month and then it’ll be coming to India and Asia shortly after. No word on Europe, but we’re probably going to see it on the grey market in no time.

“This groundbreaking combination of dual SIM cards and QWERTY keyboard represents a milestone in mobile usability, as it offers users an unprecedented level of freedom and control. The Samsung Ch@t 322 is the ultimate choice for those with busy social lives who need to balance that with work commitments” said JK Shin, President and Head of Mobile Communications Business at Samsung Electronics.

Easy on the marketing fluff Shin, it’s still a better idea to get people to use smartphones since they have genuine push email and give users the chance to install applications that let them better interact with the services and content providers they prefer. That and smartphones typically come with better processors thereby enabling better internet experiences. The type of people buying this device probably don’t even surf the mobile web anyway since they keep track of each and every penny that goes towards their phone bill. That’s why they have two SIM cards in the first place, to make cheaper calls and send cheaper texts to their friends and family who are on different networks.