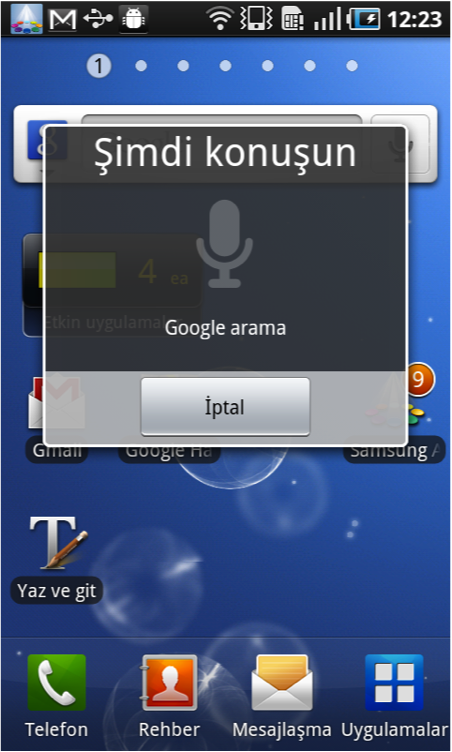 Google Voice Search, one of the best features built into every Android phone running version 2.0 or higher, has solely been the domain of English, French and Chinese speaking users for quite a while. There may be one or two more languages it can handle, but I’m not too sure. Anyway, today Google is happy to announce that support for Russian, Polish, Czech and Turkish has been added. That’s a lot of people who’ll now be able to compose text messages by simply tapping a button and talking, or one of my favorite features, dictating mathematical operations and currency conversions.

Doing Google searches via speaking is super easy too because unlike iOS there’s an ability to add widgets to your home screen. Symbian supports widgets as well, but they’re mainly for displaying information or a series of icons, not for building complex functionality into a package that’s easily available where and when you need it.

We’re still a long ways off from coming up with the voice only controlled mobile interface, or rather one that is controlled mainly by text entry. This who concepts of “apps” is terribly broken, and while it’s admirable to see Microsoft doing something about it with Windows Phone 7, it’s people like Palm, scratch that, HP, who with their webOS is letting users do more and more things by simply typing at the home screen.

One shouldn’t need to open the calendar application to add a lunch date taking place next week to their agenda. You should be able to just take your phone out of your pocket, unlock it, tap a text entry field, and type “lunch next week with Jonathan at 13:00 at Tony’s Deli” and the phone should be smart enough to understand that. Am I being a crazy dreamer? Maybe, but I’m just generation Google. I’ve been typing everything I’ve wanted to know, say, or do into a text box, so why is everyone making me tap, click and swipe all these damn icons?

For those of you tied into the LinkedIn app for BlackBerry, there's a quick update to tell you about. Looks...