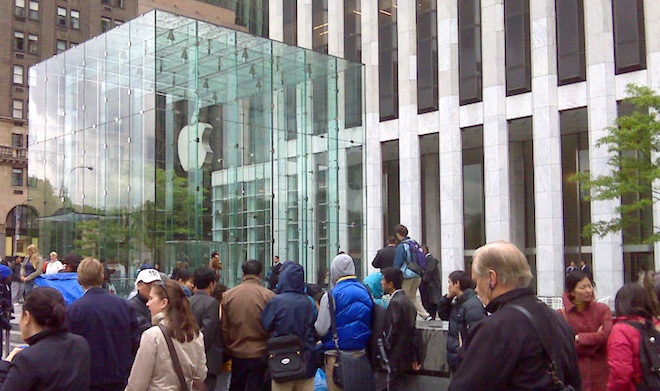 Strategy Analytics, an analyst firm that keeps a running tally of how everyone is doing in the mobile industry in terms of unit shipments, took out their abacus, punched some numbers, and found that 77 million smartphones shipped during the third quarter of this year. That’s up 78% compared to last year. The biggest “winner” was Apple, overtaking RIM who only managed to ship 12.4 million units while the Cupertino company hit an impressive 14.1 million devices sold. The biggest “loser” was Nokia, who this time last year held 37.8% of the smartphone market, but now have only 34.4% after shipping 26.5 million smartphones.

Neil Mawston, Director at Strategy Analytics, added, “Global smartphone shipments grew 78 percent from a year earlier, the industry’s fastest rate since the mid-2000s. However, the surging volumes are placing heavy demands on component suppliers and moderate shortages of select components are emerging ahead of the Q4 holiday season.”

These days everyone is getting a smartphone. Even my mom, who has always received the phones I no longer used whenever I get the new latest and shiny toy, recently got an iPhone and is now actually doing all the “smart” things that she couldn’t figure out how to do on her huge archive of Nokia devices. There are still many people holding out though. In Nokia’s most recent financial results they estimated that the mobile industry shipped 364 million devices. If their numbers, and Strategy Analytics’ numbers, are correct then that means just 21% of mobile phones sold over the past 3 months are “smart”. Now granted, that’s a lot higher than where it was just a few short years ago, but we’re still a ways off before hitting 50% and hopefully, maybe a little bit too optimistically, there will be a day when all day when 100% of all devices sold will run some sort of smartphone operating system.

The race to capture the smartphone space has only just begun folks.