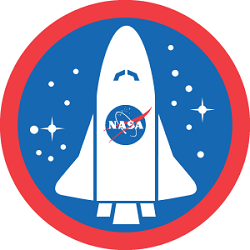 With over four million users, Foursquare is becoming quite popular and we’re seeing people check in from all sorts of places. I don’t think anyone was expected to see a check in from space though and that’s exactly what an astronaut did.

The move is a neat PR boost for Foursquare but there’s definitely something to the check-in movement. I was at game 4 of the Giants-Phillies baseball playoffs and one of my companions said, “You haven’t really gone somewhere unless you check in on Foursquare.”

I don’t quite buy that but it does show that check-in services and LBS are hitting the mainstream. Foursquare is the undisputed leader in this category but there are a ton of challengers to the crown.

SCVNGR just updated its iPhone and Android apps and it offers check-in services with more of a gaming element. I’ve been impressed with the company’s ability to score deals with companies to offer real-life rewards like restaurant discounts and season tickets to the Boston Celtics.

Yelp has also seen some success with its check-in service for restaurants and this is the one type of LBS service that I will routinely use.

I do think the big player in this market will eventually be Facebook with its Facebook Places offering. While this is still a bare-bones offering, it has the weight of the world’s largest social network behind it.

It’s not a zero sum game though, as Foursquare said it had a huge amount of signups after it announced it would integrate with Facebook Places. All of the other major check-in services will try and leverage this service, too.