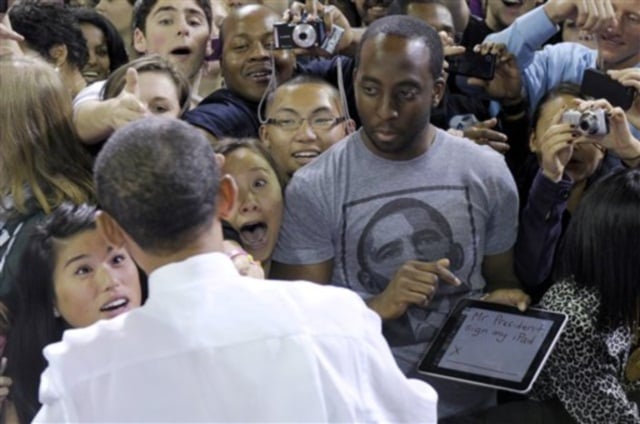 Yesterday, President Obama met with Steve Jobs to talk technology and economics. Today we’re seeing images of Mr. Obama signing Jobs’ finest creation – the Apple iPad. And taking a look at the crowd gathered around him (especially the girl with the ZOMG face), it looks like our President has a slight edge over Steve Jobs in terms of charisma.

At a rally in Seattle, WA at the University of Washington, the President used the touchscreen on my iPad to give me his autograph. Secret service was leery about the idea, but they warmed up to the idea and the President thought it was cool.

He looked slightly surprised, but proceeded to use his finger to scribble on the iPad using the Adobe Ideas app.

I have a video of the event as well. This HAS to be the first time an iPad has received a Presidential autograph.

Pretty awesome! So awesome, in fact, that Cann ponied up for his very own website dedicated to this little event called “Obama Signing iPad.” 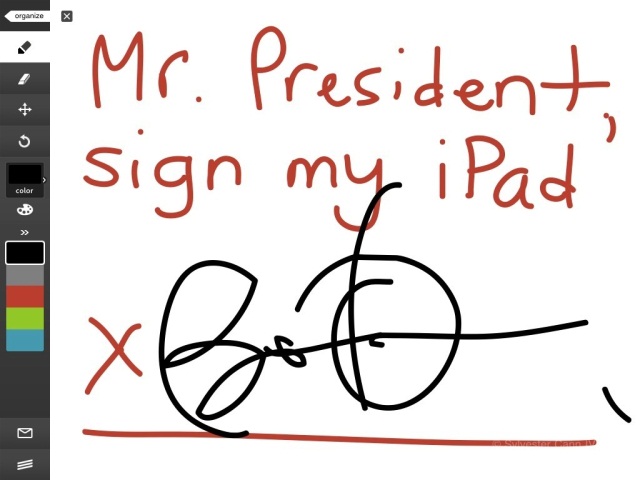 Check out the video below to see it in action.

RIM has steadily been calming down the governments of the world about lawful interception over the last couple of weeks,...