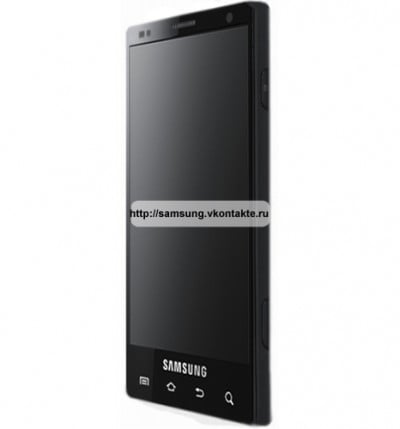 Oh, to dream about the Samsung Galaxy S2. The Samsung Galaxy S variants have been a nice success so far and fans are looking forward to the next iteration of the series. Pictured above is an alleged image of the Galaxy S2, or close to what it might look like. Even better, it comes served with a dish of rumored specs to fuel your daydreams:

Nothing is set in stone, so take this with a grain of salt. I can sit around all day firing off specs to satisfy what I believe would be my perfect gadget.

The Galaxy S2 is supposed to see a Q1 2011 release, which is good timing given that it’s anywhere between 6-8 months since the original release. And if Samsung intends to keep up with the quickly rising competition, that time frame would be perfect.