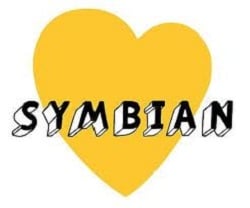 The Symbian Foundation has dark days ahead as employees and executives leave the company and funding dwindling down. The aging mobile platform did nothing but hurt the otherwise relatively decent piece of hardware we know as the Nokia N8. In an uphill battle against Apple’s iOS and Google’s Android, it looks like Symbian might be considering closing up shop.

According to The Register:

But a source close to Symbian has told The Reg that Holbrow has been appointed to wind down operations and that Foundation employees are being offered redundancy packages.

Symbian would not confirm or deny, but it said the group’s board is reviewing strategy. “The future business strategy for the Symbian Foundation is still under review by the board. As no decisions have been made, we will not be offering further comment,” Symbian said.

While it isn’t completely certain, the outlook is grim. Earlier this week we announced that Lee Williams, former Symbian CEO, stepped down from his position and was immediately replaced by CFO Tim Holbrow. Symbian says that this change will be permanent.

There is, however, more to just considering future options:

The group did confirm that Holbrow is a permanent replacement for Williams, indicating Symbian’s focus is now operations rather than technology or community development, by virtue of Holbrow’s financial background. Williams ascended to lead the Foundation after working on the Nokia N60 [sic]. Symbian’s fiscal year starts in April, meaning Holbrow’s got six months to wrap things up. Otherwise, business spills over into the new financial year.

Abandoning tech and community development to focus strictly on operations is not a good sign. Furthermore, it seems that Nokia and Samsung are the only manufacturers pulling to support the Symbian Foundation. With limited funding and a major change in executive staff, it’s difficult to see the company and its last another year.