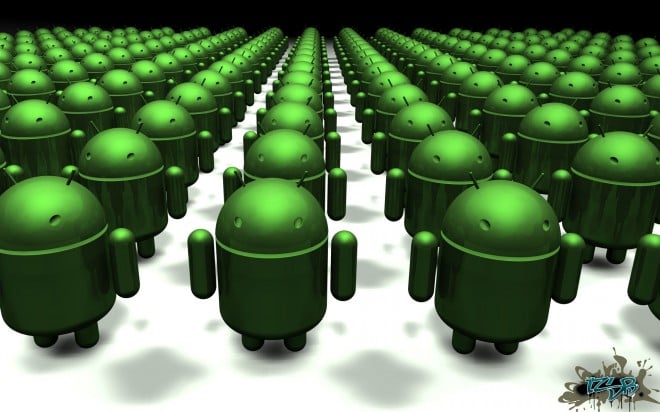 There’s an interesting article over at the New York Times which says the Android app ecosystem is rounding into shape. With news that the Android Market has just surpassed the 100,000 app mark, I’m inclined to agree that Google’s mobile operating system will soon generate some big business for app makers.

The article is actually light on statistics and relies on anecdotal evidence but there are signs that many app makers are taking a serious look at Android. I know many app makers I talk to generally look for iPhone first but an Android version is almost always right behind.

Part of that reason is that the iPhone App Store can be a bit over-saturated with more than 250,000 apps. It’s really tough for an app maker to get noticed unless they’re on Apple’s featured lists.

Another reason why developers are looking at the Android Market is that the OS is on a rocket ship to the moon. The little green robot is already outselling the iPhone and BlackBerry in the United States and many predict it will become the first or second-most used mobile platform in the world in a few years.

It’s not all roses though, as there are still some fragmentation issues with the various handsets and customized user interface layers. More importantly, the payment system is getting better but it’s still not as robust as the App Store and iTunes.

There also may be a fundamental disconnect with Android users not wanting to pay for apps.

“Google is not associated with things you pay for, and Android is an extension of that,” said Matt Hall, of Larva Labs, in an interview with The New York Times. “You don’t pay for Google apps, so it bleeds into the expectations for the third-party apps, too.”

I have notice a strong uptick of high-quality apps in the Market lately. What do you think, readers?

T-Mobile is bringing quite a few new Android handsets this holiday season, including the MyTouch 4G, the Huawei Comet and...