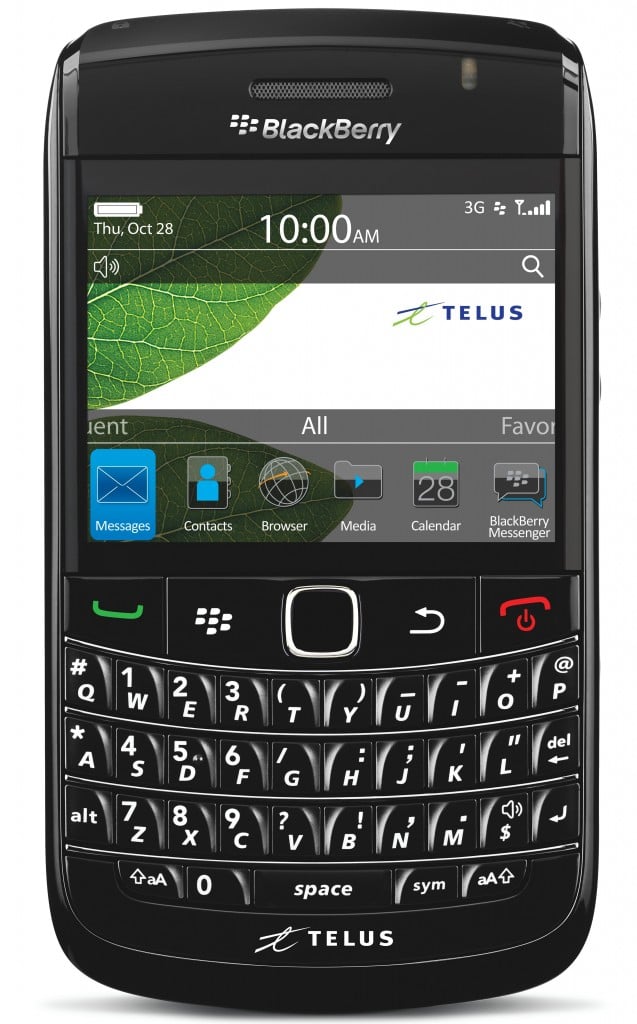 After much ado, RIM has officially announced the BlackBerry Bold 9780 – a refresh on the Bold 9700, including an upgraded camera, more memory, and all of the bells and whistles that come with OS 6. We’ve heard directly from Telus and Rogers confirming eventual availability, and we’re guessing Bell will also be getting it up north, with T-Mobile (confirmed: November 17 for $129.99 on contract) and AT&T offering it in the U.S. and Vodafone selling it abroad. RIM says worldwide availability will kick off in November.

All of the previously-speculated specs are confirmed, including HSPA 3G (3.6 Mbps), GPS, Wi-Fi b/g/n with UMA support, 2.4″ HVGA display, 624 MHz processor and 512 MB of RAM. The BlackBerry Bold 9780 also marks RIM’s third device to launch with OS 6, which is functionally the same as previous BlackBerry operating systems, but includes a new WebKit browser, handy universal search, and is generally easier on the eyes.

The BlackBerry 9780 isn’t exactly a blockbuster handset, but for businessfolk married to the tried and true candybar form factor (rather than going for a slider or a flip) will likely appreciate the refresh. Anyone cursing their earlier purchase of the Bold 9700 don’t need to worry too much – y’all are getting an OS 6 upgrade sometime soon. The only thing they’ll be missing out on is the nicer camera and more room for apps.

If you’d like to be notified when the BlackBerry 9780 is available in your area, hit up RIM’s Bold minisite.

We have yet to see many compelling Android applications made with Adobe's Air yet, but a new app called Skytunes...