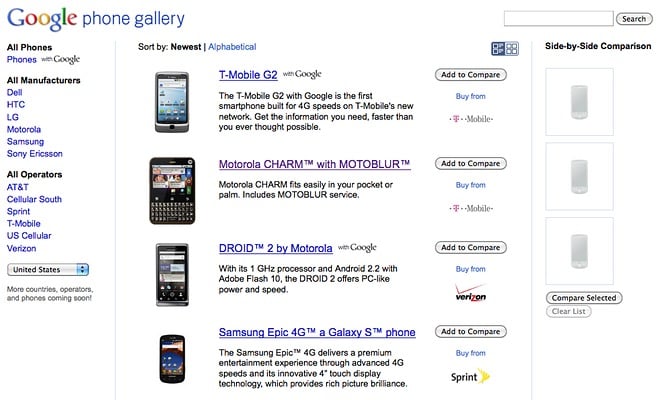 Looking to get an Android phone soon, but aren’t sure exactly which one you want? The Google Phone Gallery has just gotten an update to reflect the current state of Android-dom. A number of new handsets have been added so that you get a little more info about which Google powered handset might be right for you.

If you’re unfamiliar with the Google Phone Gallery, it basically replaces the page where the Nexus One used to rest before it was killed off by Google. It features the current available Android handsets out there, the carriers that support them and technical specifications and features. The site is a pretty useful tool for those looking into doing some Android shopping soon, or for fanboys who want to satisfy their curiosity.