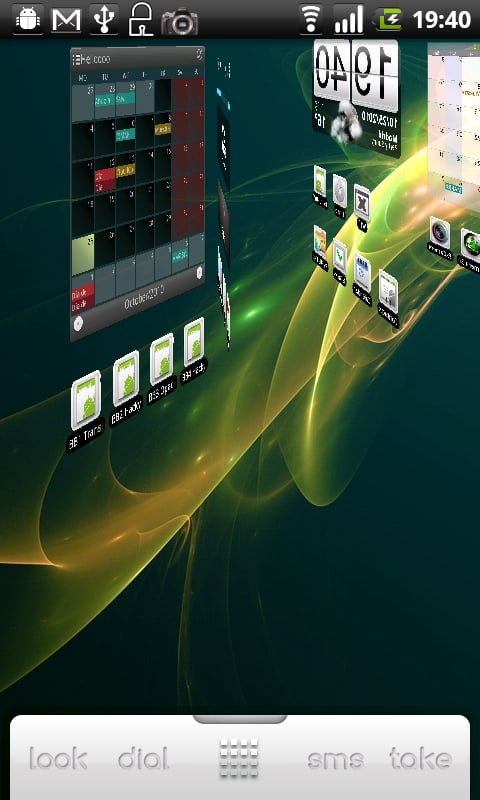 ADW Launcher is one of the most popular home replacement apps for Android OS right now. You’ll even find this as the default launcher in Cyanogen Mod, as it too is open sourced. So, imagine our happy surprise when we saw that the creator of this popular home replacement gave us a sneak peek some awesome 3D effects that may pop up in the launcher one day in the near future. So awesome, in fact, that you just may forget about Android Gingerbread all together.

The short videos below show no functionality whatsoever, but that’s not the important part. We’re all too aware that Android needs a nice little face lift these days, to match its growing and impressive feature-set. It was initially rumored that the 3D effects you see below were actually stripped from Gingerbread itself and ported over, but that’s likely not the case. We can see why one may assume that, as the effects are just plain nifty, and make something as simple as swiping through your homescreens a pleasure to do.

There are quite a few different effects that are broken up into multiple videos found on the AnderWeb’s YouTube Channel, and below are two of them. From flipping around, spinning into focus, or sliding in with a pin-wheel effect, it would be hard to not be impressed with these effects. It has yet to be confirmed that these effects will actually make it to the next version of ADW Launcher, but we can expect at least a few good things coming our way.

So the 3D effects bring the Android UI a much-needed face lift, but we’re not necessarily sure if that’s what everyone is looking for. We can expect to see more from AnderWeb in terms of functionality and aesthetic appeal in ADW, but right now we’re waiting to see which one will go live first. If this really is the future of the ADW launcher, let’s hope it didn’t just pwn Google’s own Android UI in the Android 2.3 Gingerbread release with even better 3D effects.

The videos below are blurry, but you can see what sort of awesome is on its way.

Samsung Mesmerize get Android root just one day after launch

The Samsung Mesmerize was released just yesterday on US Cellular and it's already had its Android OS officially rooted. How...