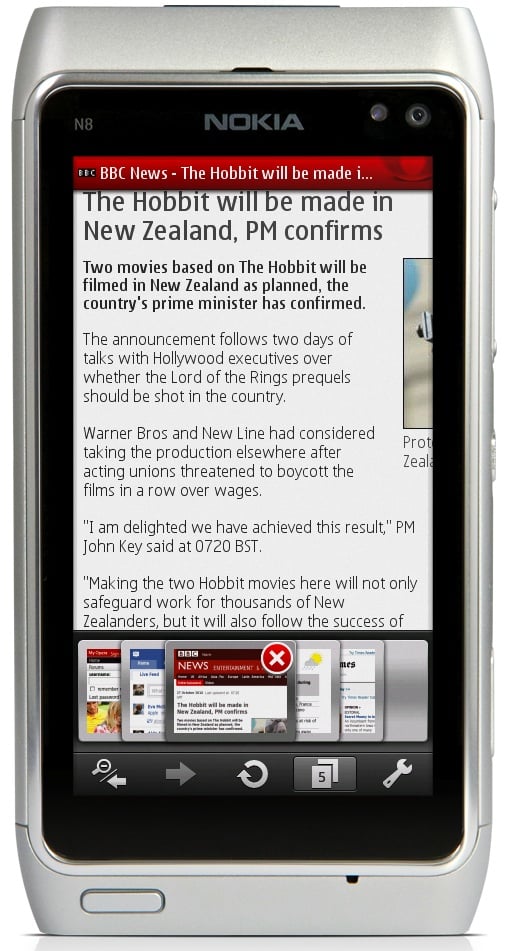 The Norwegians have given millions of Symbian device users a special gift today in the form of a beta version of the extremely popular Opera Mini application that’s written as a native application. Seems kind of backwards that the iPhone was the first platform to get a native version of Opera Mini, then Android, and then BlackBerry, and now finally, the world’s most popular smartphone platform can enjoy the benefits of going native too. Features included are: faster startup times, improved scrolling and zooming performance, better font rendering, an issue I’ve been complaining about on the Android version, and finally the ability to set a native access point, thus killing the prompt that asks you how you want to reach the internet.

I’ve said it once and I’ll say it again, there’s a time and a place to use Opera Mini, but these days, with ultra fast mobile phones on blazing networks, the benefits that this application once provided are now no longer needed. Several years ago, when phones were running at less than 400 MHz on an older ARM architecture and 3G coverage was spotty, Opera Mini was damn near the very first app I installed when getting a new phone. Today it’s not even on my mobile, which is a shame since I’ve been such a loyal fan and evangelist, going so far as to take people’s phones out of their hand and install Mini on it. Days later I’d get a text saying “OMG, thank you!” or something to that extent.

The harsh reality however, with operators killing unlimited data plans, makes me wonder if Mini will be popular again. It is, after all, installed on more iPhones than any other device in both the UK and USA according to September’s “State of the Mobile Web”. So you know there’s a bunch of fans out there.