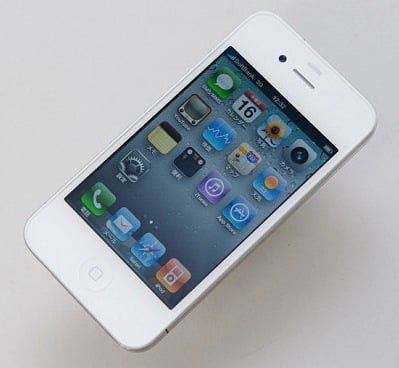 Yesterday, Apple admitted that they’ve delayed the white iPhone 4 until the spring (although other rumours say it’s been canned altogether). One way or the other, the iPhone 4 won’t be available any time soon in white, and as such, even the “coming soon” placeholder has been pulled from Apple’s online store. The reasons for the delays are still unclear, but some say that it has something to do with the casing leaking in too much light to the camera sensor, resulting in washed-out pictures. There was also mention that it could be a batch of bad frames. If either of those are the problem, it seems likely that Apple could find a fix by springtime, unless of course it’s just taken too long and Apple is cutting their losses at this point.

For those who haven’t looked sideways at the iPhone 4 for whatever reason, it’s Apple’s top-of-the-line smartphone, packing an impressively sharp 960 x 640 capacitive touchscreen, 5 megapixel camera with flash, Wi-Fi, 3G, GPS, and updated operating system the includes multitasking and folders (which has since been rolled out to older iPhones). The iPhone 4’s image hurt initially from some bad press for issues with its unique external antennae, but that has done little to slow down sales. Take a look at our unboxing for the full tour.

We had actually put our hands on the white iPhone 4 back at launch, and though we couldn’t test out the camera, it certainly seemed production-ready at the time. If it does take until next spring for the white iPhone 4 to come out, it’s likely that it will be when Apple decides to cut the price in order to make way for the next model, but I guess we’ll just have to wait and see if it even gets that far.

P.S. Check out Daring Fireball’s conversation between the original iPhone and a strung-out white iPhone 4 for a good laugh.

A couple of weeks ago, I was invited by SEGA to check out a preview version of their upcoming game...